2 million children do not attend schools in Afghanistan 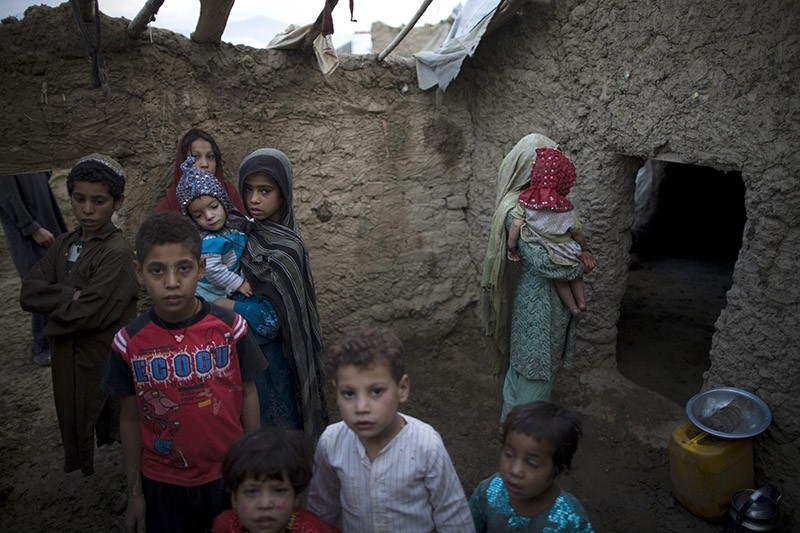 In this photo taken Wednesday, Aug. 4, 2010, children gather outside mud houses in a makeshift camp where displaced Pashto families from Helmand province, southern Afghanistan, live on the outskirts of Kabul, Afghanistan. (AP Photo)
by Anadolu Agency
Mar 15, 2017 12:00 am

Some two million children are not attending schools across Afghanistan as ragging violence continues to wreak havoc in the country.

According to the Afghan Ministry of Education, out of 17,482 schools in the entire country, some 1,006 remain shut due to various reasons, including the prevailing security situation.

Mujib Meherdad, a ministry spokesman, told the private Tolo News that an overwhelming majority of the closed schools were located in restive parts of the country.

"We at the ministry have 9.2 million registered students in different classes across the country, but some two million of them have been permanently absent," he said.

Watchdogs have long been criticizing militants as well as Afghan national security forces for using schools as military outposts.

Corruption has been another obstacle. According to a recent report by the U.S. Special Inspector General for Afghanistan Reconstruction, Washington has so far contributed over $868 million to educational programs in Afghanistan, but that investment is being met with no-show teachers, small numbers of students and a lack of basic necessities.

Also on Wednesday, an Afghan spy agency said it recovered a large cache of arms and ammunition hidden inside a school building less than 161 kilometers (100 miles) from the capital, Kabul.