Netanyahu seeks deal with Trump to move ahead with settlements 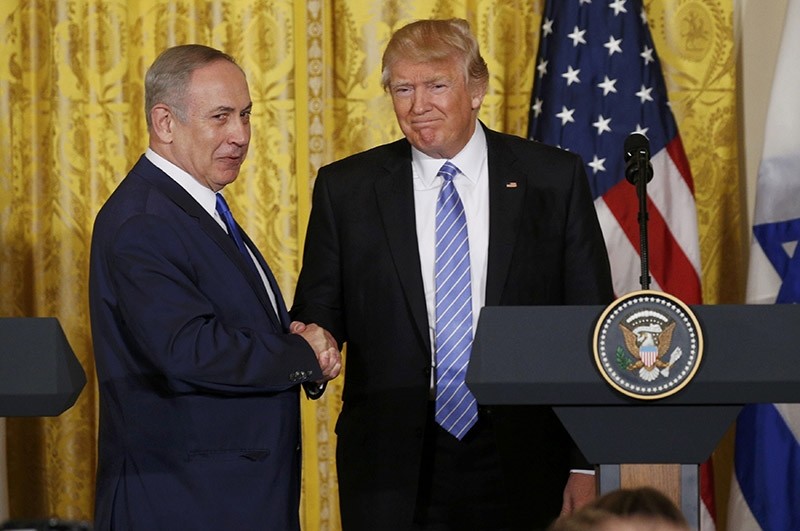 Israeli Prime Minister Benjamin Netanyahu said Thursday he was in discussions with Donald Trump's administration on ways to move ahead with settlement construction ahead of fresh talks with a top adviser to the U.S. president.

Netanyahu also reiterated he intended to build a new "community" for residents of a wildcat Jewish outpost in the occupied West Bank known as Amona, which was evacuated under court order in February.

An Israeli government-sanctioned settlement would be the first official new settlement in more than 20 years and would surely draw intense international criticism.

Construction in recent years has involved expanding existing settlements in the West Bank, with many countries warning it is gradually eating away at any chance of a two-state solution with the Palestinians.

"This afternoon I will meet again with President Trump's envoy, Jason Greenblatt," Netanyahu told ministers at the start of a cabinet meeting in remarks relayed by his office.

"We are in the midst of a process of dialogue with the White House and our intention is to reach an agreed-upon policy regarding settlement construction," Netanyahu said. "Agreed-upon for us, of course, not just for the American side.

"Naturally, this will be good for the state of Israel, since we have not been in these processes for many years," Netanyahu said.

Efforts 'despite past failures'

Greenblatt's visit to the region marks the Trump administration's dive into the decades-old Israeli-Palestinian conflict, which the new U.S. president said he intended to resolve.

Sceptics have questioned Trump's ability to pull off the feat that stumped previous administrations, especially with some of his newly appointed pointmen -- including Greenblatt -- having no experience in Middle East diplomacy.

But the head of Israel's opposition Zionist Union, Isaac Herzog, praised Trump's dedication and efforts following a meeting with Greenblatt on Thursday.

"I was impressed by the depth of the commitment expressed by Jason Greenblatt in President Trump's name to the need to reach an agreement between us and the Palestinians, and by the extent of his meetings with all involved elements from both sides," Herzog said.

"Despite past failures, I welcome the new effort of the Trump administration", he said in a statement.

Greenblatt also met in Jerusalem with settler leaders Oded Revivi and Yossi Dagan, who described the encounter as "positive."

Netanyahu and Greenblatt met in Jerusalem on Monday, where the two discussed ways to reach peace and settlement construction.

On Wednesday, Greenblatt met Israeli President Reuven Rivlin before travelling to Jordan for a meeting with King Abdullah II.

The peace process has been deadlocked since April 2014 when indirect negotiations led by then U.S. secretary of state John Kerry collapsed.

The visit comes after Trump cast uncertainty over years of international efforts to foster a two-state solution to the conflict when he met Netanyahu at the White House last month.

At that meeting, Trump broke with decades of U.S. policy by saying he was not bound to a two-state solution to the conflict and would be open to one state if it meant peace.

The international community considers continuing settlement growth in the West Bank a major obstacle to peace as they are built on land the Palestinians see as part of their future state.

In his Thursday remarks, Netanyahu stressed his commitment to build a new West Bank community for the Amona settlers.

"To the residents of Amona, I reiterate: I gave you a promise to build a new community and I will honor that commitment," he said.

Israel media said the construction of a new settlement was part of discussions on Monday between Greenblatt and Netanyahu.