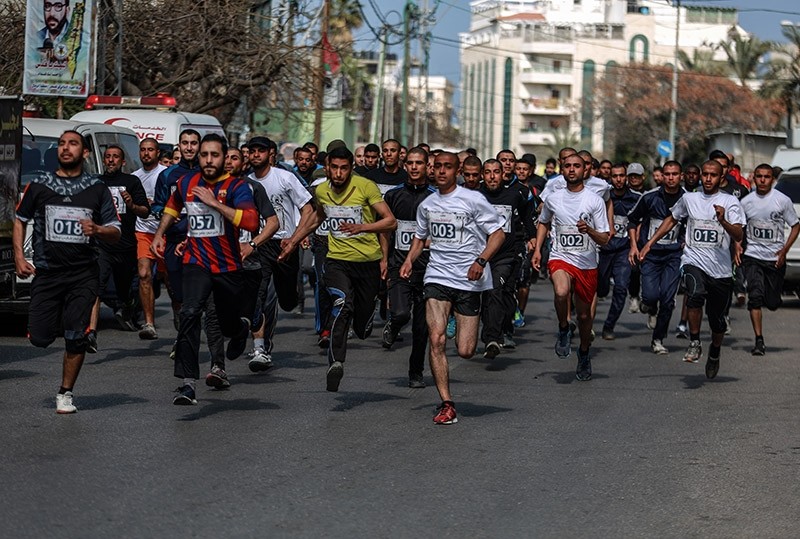 A symbolic marathon has been organized in the blockaded Gaza Strip to support Palestinians who are detained in Israeli prisons.

A total of 150 people participated in the marathon, which was organized by the Palestinian ministries of Prisoners and Interior Affairs.

Deputy Minister of Prisoners Affairs Bahaddin el-Medhun said that the marathon aimed raise awareness about Palestinians in Israeli prisons, who want a live a free and honorable life, to the international community.

Medhun also stated that incarcerated Palestinians had a difficult time in Israeli prisons due to arbitrary and unfair (?) treatment.

According to official data, there are 7,000 Palestinian prisoners in Israel.