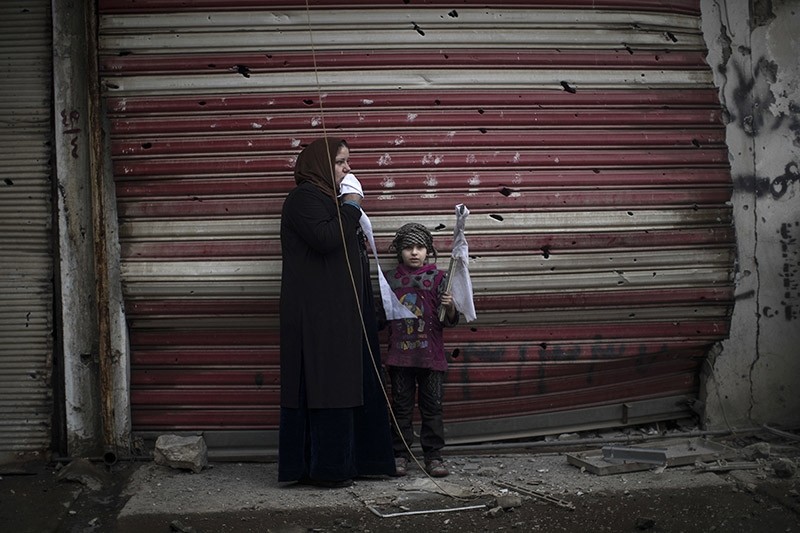 Some 400,000 people are unable to leave the old city of Mosul as the Iraqi army tries to capture the area that is still under control of Daesh terrorists, the UN Refugee Agency (UNHCR) said Thursday.

Daesh terrorists threaten to shoot anyone who leaves, but some try to flee anyway at dawn, at night or during prayers, UNHCR's Iraq operations chief Bruno Geddo said in the Hammam al-Alil refugee camp south of Mosul.

Those who remain have almost nothing left to eat and have to burn furniture and clothes to stay warm during heavy rains and cold nights, Geddo said.

Around 40 per cent of the area has been liberated, Geddo said.

Geddo said around 600,000 people remained in the 60 percent of west Mosul still under Daesh control, but that number was constantly changing as people fled.

He said between 8,000 and 12,000 people were arriving at the transit center each day, many malnourished.

Medical charity Doctors Without Borders also reported that it treated children for "severe malnutrition" after they escaped from Mosul.

Those stuck in the Old City had to choose between remaining and facing hunger and possible death, or risk shelling and sniper fire to leave.

Geddo said an increasing number were leaving, with many telling UNHCR staff on the outside that they preferred "to take the risk of dying while I stand a chance to be free and safe again with my family."

Since October, around 340,000 people have fled all parts of Mosul, but 70,000 have returned to the eastern part of the city, leaving about 270,000 displaced, according to UNHCR figures.