Conflict-ridden Egypt may be scene of US-Russia showdown 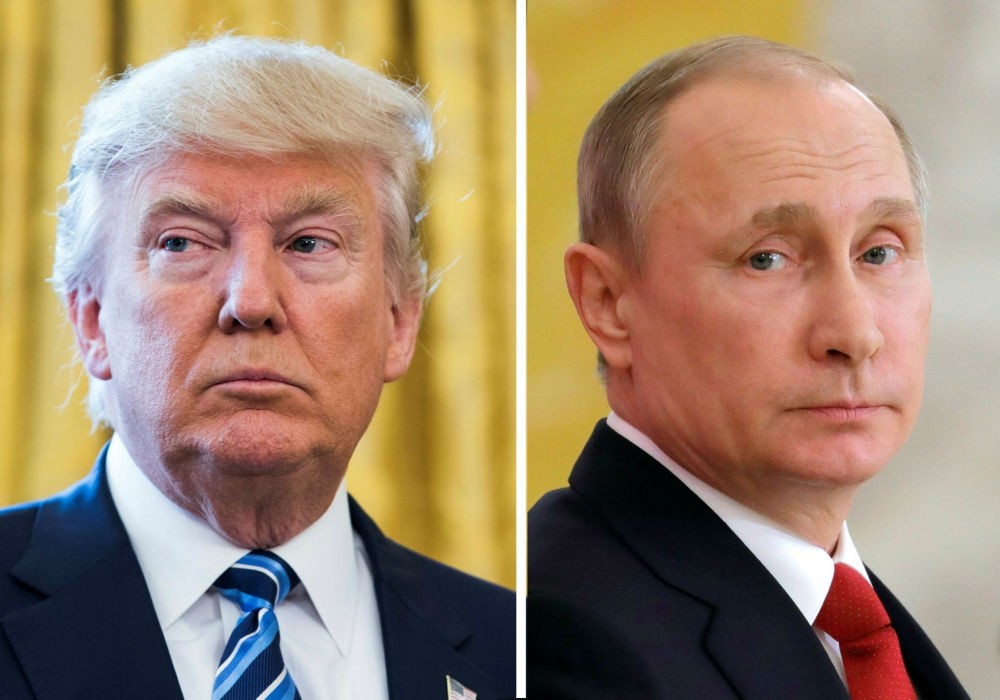 Egypt's Abdel-Fattah el-Sissi, the first foreign leader to congratulate the newly-inaugurated U.S. President Donald Trump in a visit to Washington last week, showered Trump in compliments. They were well received by the U.S. president, who hinted at strengthened cooperation with Egypt. El-Sissi, who has enacted religious reform in the country while calling on the world to assist in the fight against Daesh-affiliated groups in the northern Sinai, said Trump is determined to fight "evil ideology." Trump signaled a fundamental shift in U.S. policy toward Egypt, telling el-Sissi in Washington, "I just want to say to you, Mr. President, that you have a great friend and ally in the U.S. and in me." Despite being warmly received in Washington and the subject of Trump's praise, it remains unclear whether Egypt will ally with the U.S. regarding other regional issues, as Russia takes steps to increase cooperation with the Middle East's biggest nation.

The recent terror attacks targeting Coptic churches that left dozens dead have bolstered el-Sissi's calls for help in the counterterrorism fight. In the wake of the attacks, el-Sissi declared a three-month state of emergency, reiterating Egypt's priority of combating terrorism. Both the U.S. and Russia have pledged support for Egypt's fight against terrorism and the most recent attacks have proven that Egypt requires multilateral support -- but from whom? While the Trump administration has given its full support to the Egyptian regime, Russia is also signaling its support as it prepares to deliver new fighter jets to the country no later than 2020.

In 2013, el-Sissi, then commander of the Egyptian army, led a bloody military coup that resulted in the removal of Egypt's first democratically-elected president, Mohammed Morsi and his political affiliates the Muslim Brotherhood. While the Gulf states were staunch backers of el-Sissi, the U.S. hesitated to pledge support for the leader since thousands of people died in the first month of the coup. Although former U.S. Secretary of State John Kerry called the coup a "restoration of democracy," the jailing of thousands of dissidents from different backgrounds and political affiliations, crushing of media syndicates, confiscation of private property from thousands of civilians, arbitrary killings, wrongful detentions and the hostility shown toward foreigners that surfaced after Italian doctoral student Giulio Regini was barred by police, resulted in the U.S. refraining from showing full support to el-Sissi.

Former U.S. President Barack Obama froze the delivery of aid and military equipment to the country, until it faced an insurgency from the northern Sinai region. Tom Malinowski, former assistant to the Secretary of State in charge of human rights issues under the Obama administration told the New York Times last week that Egypt did not give the expected support to the U.S. despite the aid. "We've given Egypt $70 billion over the years and last I checked there are no Egyptian F-16s helping us fight Daesh over Raqqa or Mosul," he said. "All we get from the Egyptians is political repression that radicalizes its youth and gives terrorist groups new life," he added.

In addition to a deteriorating economy, el-Sissi's relations with Saudi Arabia have soured over the former's handling of two islands in the Red Sea and over el-Sissi's implicit support for Syria's Bashar Assad, as he approved the use of Egyptian warplanes in the fight against Daesh via the regime's airports. Russia, which has aims to establish new bases in the Middle East under the auspices of becoming a more active and permanent player in the region, seized that opportunity. Recent reports revealed that Russia was going to establish a military base in Egypt to carry out airstrikes in Libya in support of Gen. Khalifa Haftar.

A Reuters report of 14 March read: "Russia appears to have deployed special forces to an air base in western Egypt near the border with Libya in recent days, according to the U.S., Egypt and diplomatic sources, in a move that would add to U.S. concerns about Moscow's deepening role in Libya." While Egyptian army spokesman Tamer al-Rifai rejected the claims, Reuters quoted Egyptian security officials as saying that a 22-member Russian special forces unit had been deployed. It is noteworthy that Egypt asked Russia to resume flights to its tourist destinations -- Russia had suspended the flights after Daesh took down a Russian passenger plane in 2015, killing 224 people. The recent developments could be considered Egypt's concession in return for the Russian deployment.

Still, a recently published report by the al-Sharq Forum titled "Russia and Egypt: Opportunities In Bilateral Relations and the Limits Of Cooperation," suggests that the two countries seek to deepen the alliance. "The Egyptian coup of 2013 and subsequent events opened a new page in the history of bilateral relations," writes Leonid Issaev, noting Putin's visit and the agreements signed, including the building of a crucial nuclear power plant in a country which has suffered from energy shortages. Given the fact that EU countries dominate Egypt's trade, the author said there is great potential for Russia as well: "First, Egypt is considered a promising market for Russian goods including agricultural products [such as wheat] and high value-added products, petrochemicals, for instance. Secondly, Russia is a major importer of various kinds of agricultural products from countries located in the subtropical zone, including Egypt. Third, in the context of the evolving Russian geopolitical interests toward the East, Arabic countries could become highly-attractive markets for Russia and, in this respect, Egypt could function as a "gateway" to the Arab world and beyond, perhaps even back toward regions neighboring Russia."

Issaev also notes that in 2015 Putin approved the "'Naval Doctrine," focusing on the restoration of a permanent presence for the Russian fleet in the Mediterranean (Egypt, as is known, has quite a long maritime border). The report further underlines Russia's desire to become a more active player in the region and with that, Egypt would be a strategic partner: "Egypt once again became vulnerable to the terrorist threat and became seen by Moscow as a potential partner in the fight against terrorism in the Arab world." İsmail Numan Telci, a professor at Turkey's Sakarya University specializing in Egyptian affairs, said the relationship between Russia and Egypt is mutually beneficial: "As Egypt is trying to diversify its international support, Russia is seeking a strong ally in the region." Emphasizing the fact that Egyptian-Saudi relations have deteriorated, he said Russia benefits from the situation, yet added it was impossible to say Egypt has abandoned Saudi Arabia and left itself to Russia totally.

Trump apparently considers Egypt a significant ally in the region and shares common views with el-Sissi. For instance, after the coup, the Muslim Brotherhood was outlawed in Egypt just as the Trump administration has issued a similar bill, designating the group as terrorist. El-Sissi believes "radical Islam" is the main threat to the region, as does Trump. The U.S. president, who, like el-Sissi, is also a businessman, is known for his lack of interest in the rule of law, democracy and human rights, accounting for why Trump has never mentioned the violations of human rights in Egypt despite several reports published by international human rights groups. The crushing of the Muslim Brotherhood has never been a prioritized topic for Trump. While Nurullah Çakmaktaş, a professor at Marmara University, said the Muslim Brotherhood was a broadly accepted organization across Egypt and would return to politics after finding a chance, Telci disagreed with him, saying it seems very difficult for it to return to the political arena since Trump would support el-Sissi in erasing the group.

Trump's adamant support for Israel also makes el-Sissi important as the president seeks to better ties with Tel Aviv. Telci said, "Egypt has always played an important role in the U.S. policy towards the Middle East, mostly because of Egypt's key position in terms of Israel's security. Particularly during the era of Hosni Mubarak (who was ousted after the 2011 revolution and recently freed), Washington was very careful and eager to continue with a policy that prioritizes Israel's security. The most serious challenge against this status quo was the 2011 revolution. This concern was eliminated in July 2013. Since then, the U.S. government has shown its support for counter-revolutionary political actors to maintain the security of Israel."

Trump is betting on el-Sissi being a key ally in the region, although Russia is also eager to increase its influence on Egypt. While the U.S. has a long history of alliance with Egypt and Russia's desire to make Egypt a strategic partner may not be immediately attainable, the Trump administration may not enjoy unconditional support from the country. And the U.S. may also have to stand up to criticism for failing to acknowledge Egypt's massive violations of human rights.
RELATED TOPICS