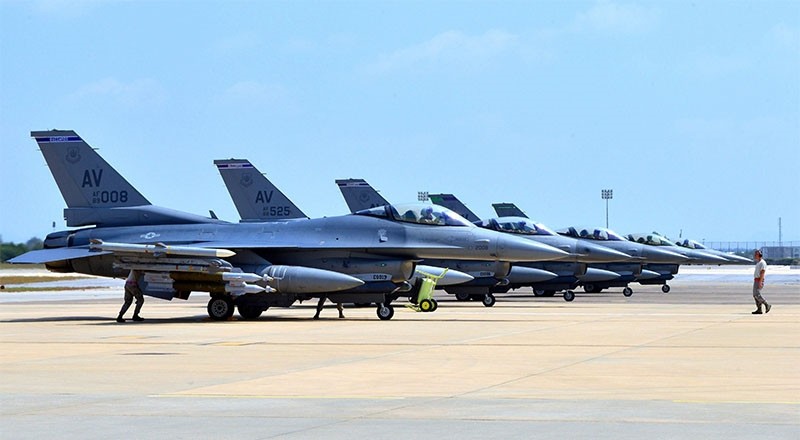 An air strike on Tuesday by a U.S.-led coalition fighting Daesh mistakenly killed 18 members of the Syrian Democratic Forces south of the city of Tabqa, Syria, the Pentagon said on Thursday.

Meanwhilee, the U.S.-led coalition previously denied an Assad army report it had carried out an air strike that had hit poison gas supplies belonging to Daesh and caused the deaths of hundreds of people.

"The Coalition conducted no strikes in that area at that time. The Syrian claim is incorrect and likely intentional misinformation," U.S. Air Force Colonel John Dorrian, a colaition spokesman, told Reuters by email.

The army of the Assad regime said Thursday that an air strike late on Wednesday by the U.S.-led coalition hit poison gas supplies belonging to the Daesh terror group, releasing a toxic substance that killed "hundreds including many civilians."

The incident in the eastern Deir al-Zor province proved that Daesh and al Qaeda-linked terrorists "possess chemical weapons", a statement by the army flashed on Thursday by Syrian state TV said.

The United States launched cruise missiles at a Syrian air base last week, in response to a deadly poison gas attack in the west of the country that Washington blamed on Bashar al-Assad's regime.

Syria and its ally Russia deny Damascus carried out any such chemical attack. Moscow has said the poison gas in that incident last week in Idlib province belonged to rebels.

The U.S. strike on the Syrian air base was the first time Washington has deliberately and directly targeted the Syrian government. It is separately waging an air campaign against Daesh in eastern Syria.