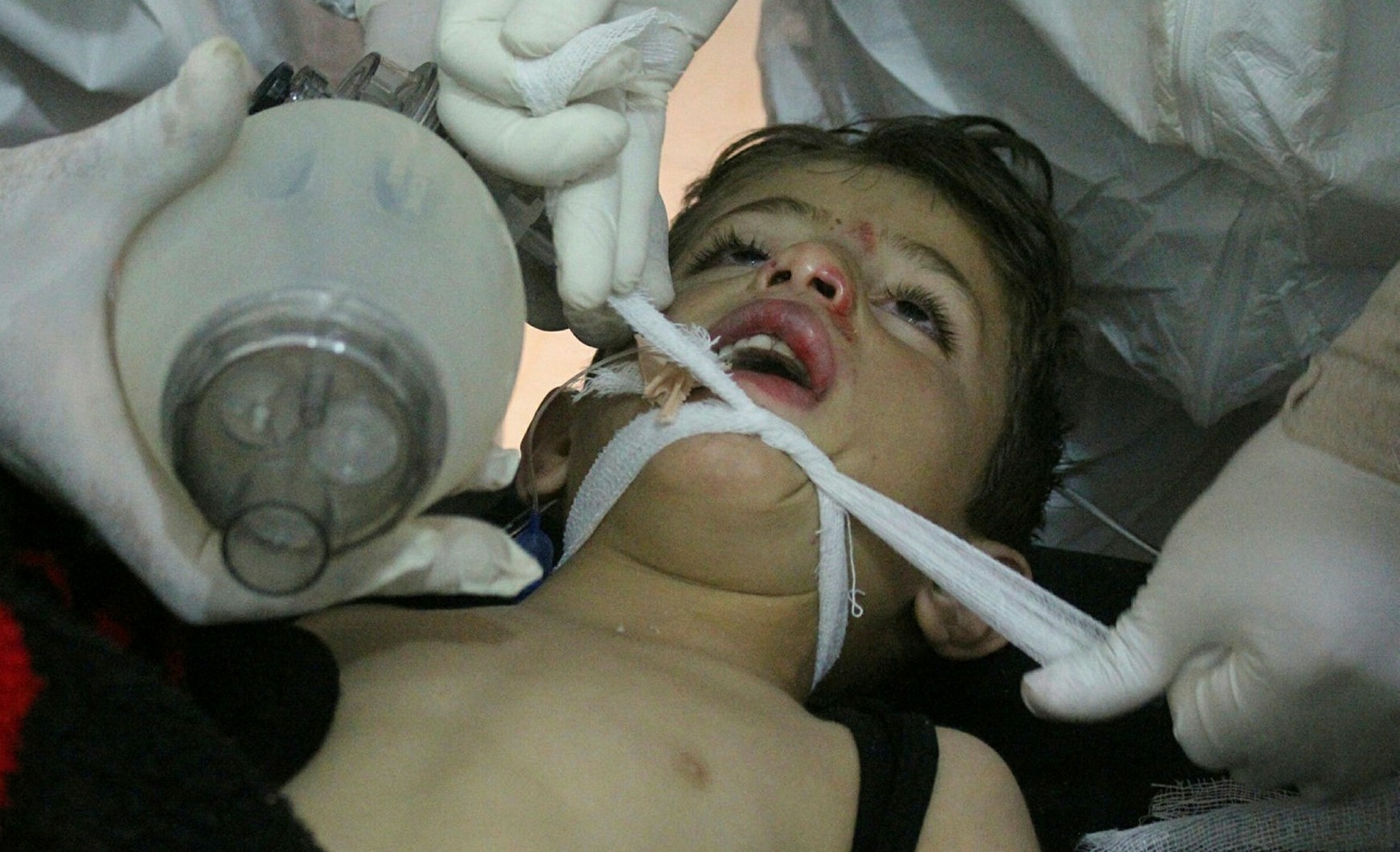 In this Tuesday, April 4, 2017 file photo shows Syrian doctors treating a child following a suspected chemical attack, at a makeshift hospital, in the town of Khan Sheikhoun, northern Idlib province, Syria. (AP Photo)
by Apr 19, 2017 12:00 am

The head of a global arms watchdog said Wednesday that "incontrovertible" test results from an alleged chemical strike in Syria showed sarin gas or a similar substance had been used.

Samples from 10 victims of the April 4 attack on Khan Sheikhoun analysed at four laboratories "indicate exposure to sarin or a sarin-like substance," said Ahmet Üzümcü, head of the Organisation for the Prohibition of Chemical Weapons.

The suspected attack on the opposition-held town in Idlib province killed at least 87 people, including many children, and images of the dead and of suffering victims provoked global outrage.

Samples had been taken from three people who died in the attack, and were analysed at two OPCW-designated laboratories, Üzümcü told delegates to the OPCW's executive council on Wednesday, according to a statement from the watchdog.

Another set of bio-medical samples from seven people being treated in hospitals were also analysed in two other labs.

"While further details of the laboratory analyses will follow, the analytical results already obtained are incontrovertible," Üzümcü told the meeting of the body's executive council which resumed Wednesday at its headquarters in The Hague.

A fact-finding mission set up by the OPCW is ready to deploy to the town "should the security situation permit," he said, adding the team was continuing to conduct interviews, and collect samples.

The executive council is to meet again on Thursday to vote on a draft decision which is being discussed.