US, Israel worried after Tehran shows off weapons in parade 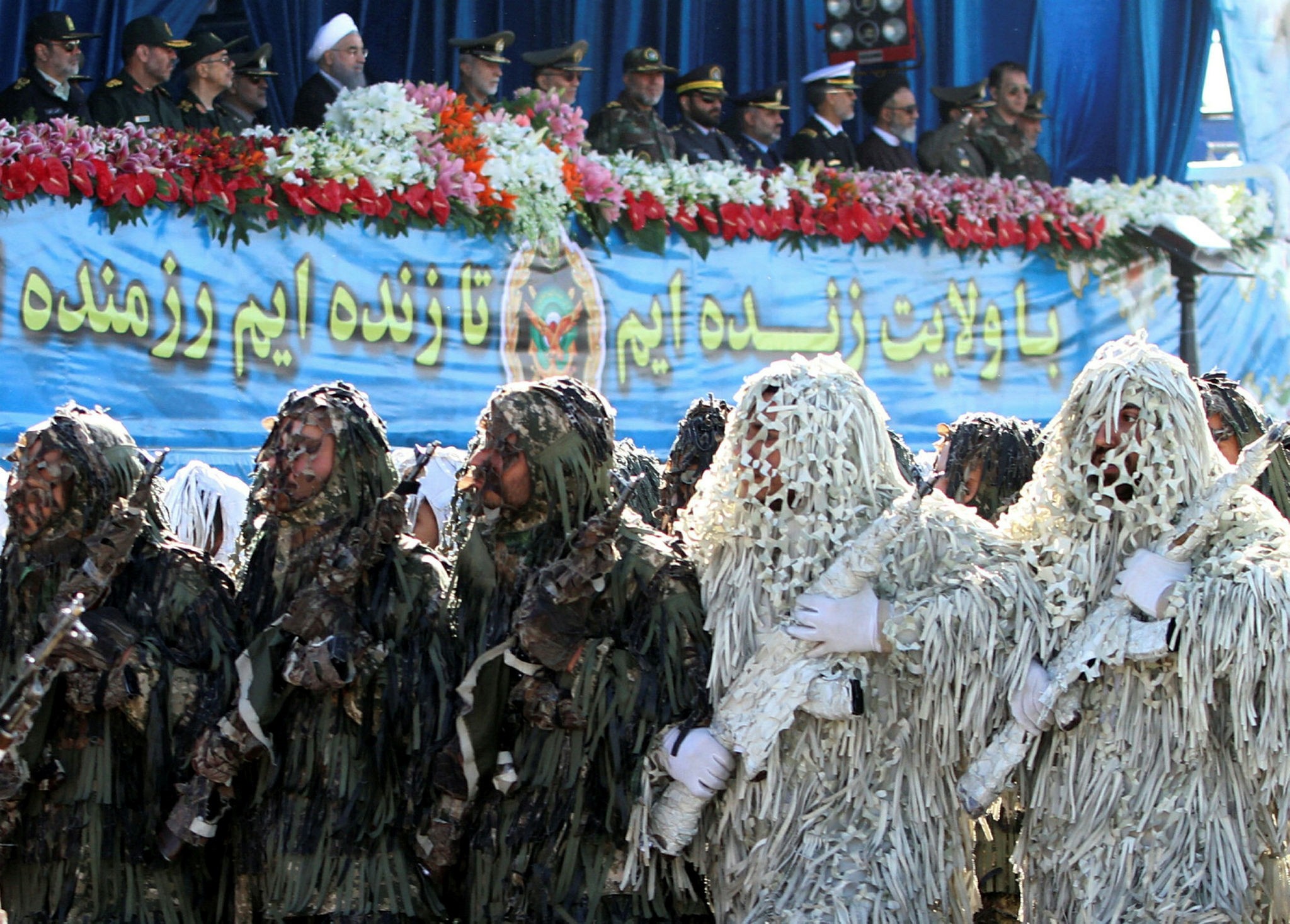 The U.S. and Israeli governments are worried by Iran's activities in the region as Tehran showed off its military might in a parade

Despite the 2015 so-called nuke deal aiming to curb Iran's nuclear power and to lift international sanctions against the country, the U.S. and Israeli governments are worried about Iran's recent activities as the Tehran administration flaunted its military force in a parade.

The recently inaugurated U.S. President Donald Trump, who had accused his predecessor Barack Obama of being too tolerant with Iran, has vowed to take tougher measures against the Tehran administration while Israel considers Iran an existential threat and is worried by its expanding influence in the region, primarily in Syria.

During the Obama era, Iran enjoyed the opportunity to fill the vacuum in the Middle East after the White House abandoned its traditional allies, like Turkey and Saudi Arabia. The Ankara government has warned its counterparts in the U.S. repeatedly over the expansion of the PKK's Syrian branch, the Democratic Union Party (PYD), which is explicitly aiming to create a Kurdish corridor to establish an autonomous area by neutralizing both Kurdish and Arab dissidents.

However, the U.S., failing to ally with Turkey against the group, has increased its military support for the PYD under the pretext that it is the "only group fighting Daesh on the ground."

As part of Trump's toughening policy in the region, the U.S. fired missiles to target Bashar Assad regime positions in Syria two weeks ago. It was considered a direct message to Iran and it was backed vehemently by Israel.

"The Trump White House is poised to ratchet up existing sanctions against Iran and is weighing a much stricter interpretation of the nuclear agreement between Tehran and major world powers," Foreign Policy reported on Monday.

Quoting a U.S. official, who had said that the administration is aiming to adopt a "more rigorous application of the tools at its disposal," the article said the options were "broadening U.S. sanctions to include much larger chunks of the Iranian economy linked to the Islamic Revolutionary Guard Corps (IRGC)."

In early February, the U.S.'s new Defense Secretary James Mattis said Iran was the world's biggest terrorist state. Being a critic of the nuclear deal, Trump said it was the worst deal he had ever seen. He also signaled that he might tear up the deal.

In February, U.S. media outlets reported that the Trump administration might designate the Iranian Revolutionary Guards as a terror group. It is a fact that the guards have been mobilizing radical Shiite groups like Hezbollah and the Hashd al-Shaabi in both Syria and Iraq.

Regardless, Iran has not softened its tone against the U.S. and Israel, as the recent military parade showed. On Tuesday, a huge military parade was held in the capital, Tehran, to mark the country's National Army Day, featuring a missile in front of a sign reading "Death to Israel."

"The parade included missiles, tanks, armored vehicles, rifles, Unmanned Aerial Vehicles (UAVs), fighter jets, radar systems and air defense missile systems as well as soldiers in the latest camouflage gear. National Army Day parades are used to celebrate the military's latest achievements and despite insisting no threat is posed to regional countries, the intimidating missile with the Israel banner raised questions. The ceremony passed near the mausoleum of the late founder of the Islamic Republic of Iran, Imam Khomeini, and representatives from Ground Force, Navy, Air Force and Air Defense Force were on the march," the Daily Mail reported.

The statements indicate that both the U.S. and Iran won't be seeking common ground to compromise anytime soon, rather it seems as though it will toughen their rhetoric against each other.
RELATED TOPICS