US toughens rhetoric against Iran amid rising tensions 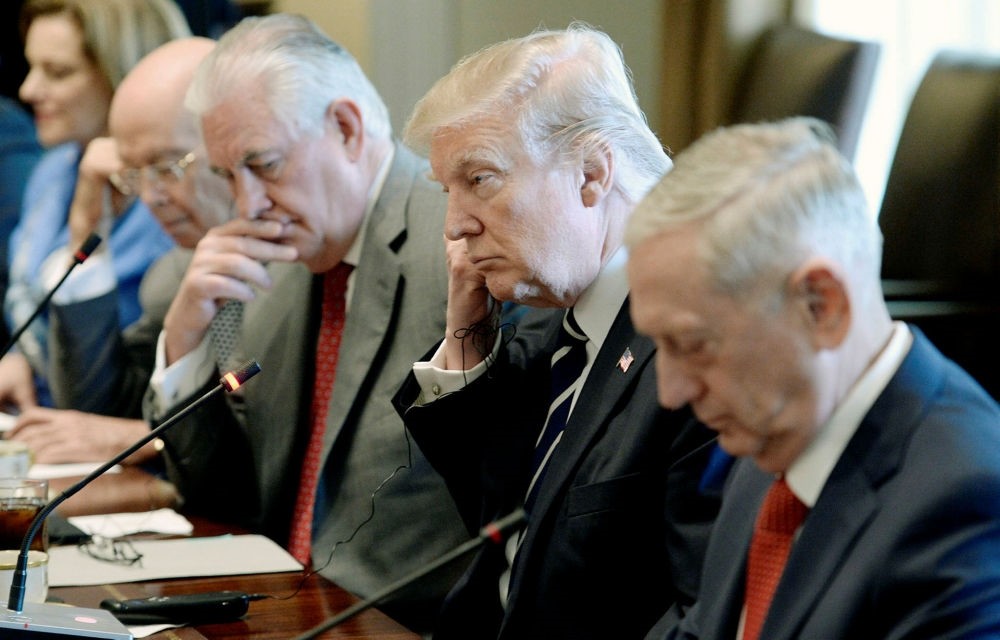 While U.S.-Iran relations are becoming more hostile than ever under the Trump administration, the U.S. state secretary slammed Iran's ‘provocations' and announced that the Middle East policy is under review

U.S. Secretary of State Rex Tillerson has slammed Iran's "alarming and ongoing provocations," announcing that a "comprehensive review" of U.S. policy toward the Middle East country is underway.

"Iran is the world's leading state sponsor of terrorism and it is responsible for intensifying multiple conflicts and undermining U.S. interests in countries such as Syria, Yemen, Iraq, and Lebanon, and it continuing to support attacks against Israel," Tillerson said recently in a damning statement to reporters in Washington D.C.

"An unchecked Iran has the potential to travel the same path as North Korea, and take the world along with it," he added.

Tillerson's statement came hours after the U.S. State Department confirmed that Iran is continuing to comply with the terms of the nuke deal.

The U.S.'s top diplomat said the agreement "fails to achieve the objective of a non-nuclear Iran," but stopped short of threatening to terminate the deal or slap more sanctions.

In response to Tillerson's statements, Iran's Foreign Minister Mohammad Javad Zarif criticized "worn-out" U.S. accusations that it was seeking a nuclear weapon to threaten the region and the world.

Iran says its nuclear program is purely for peaceful purposes but signed a deal with world powers to restrict its fuel enrichment for 10 years in exchange for sanctions relief.

Iran and major powers led by the U.S. made a deal in 2015 to curb Tehran's nuclear ambitions in exchange for easing economic sanctions.

U.S. and Iranian naval forces have encountered each other several times in the Gulf. According to statistics released by the U.S., seven interactions have been reported so far this year.

Iran's navy routinely holds war games that it says are aimed at improving its readiness against threats. It also sends its warships to international waters off the Gulf of Aden to fight piracy.

Iran, which has been accused of exposing sectarian fault lines in the region, especially in Yemen, Syria and Iraq, tried to soften its rhetoric as Rouhani said there should be greater unity between Shiites and Sunnis and that they had coexisted side by side peacefully for hundreds of years.

in Syria, Iraq and Yemen while stepping up support civil wars whose outcome could sway the balance of power in the Middle East.

During the Obama era, Iran enjoyed the opportunity to fill the vacuum in the Middle East after the White House abandoned its traditional allies, like Turkey and Saudi Arabia.

The Trump administration has not been tolerant of Iran, contrary to the former ad

Referring to Iran as "the number one terrorist state," the U.S. president said the Middle Eastern country supplies money and weapons to terrorist groups. The Trump administration hit the ground running, re-imposing sanctions against Iran in its first weeks in office, and also instating restrictions against those who are complicit with Tehran.
RELATED TOPICS