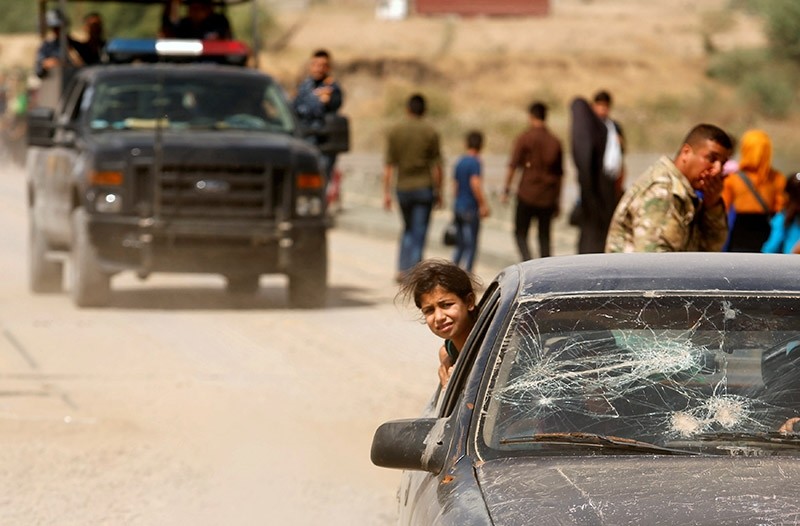 The Office of the United Nations High Commissioner for Refugees (UNHCR) announced Friday that 630,000 civilians have been displaced from Iraq's Mosul since the battle against the Daesh terror group began in October.

UNHCR spokesperson Andrej Mahecic said that intensive bombardments and conflicts were continuing during the military operation launched to recapture western Mosul from Daesh.

Mahecic underlined that the civilians who were trying to leave the city were at great risk, stressing that most of the families in Mosul were deprived of food, water, oil and other basic needs.

"Some families eat only one meal a day, mostly comprised of a single bread, flour or water," Mahecic stated.

Mahecic also called for both parties clashing in the region to provide safe passage corridors for fleeing civilians.

According to the data from Iraqi public authorities, some 434,000 civilians left western Mosul since mid-February, adding up to the total 630,000 since October.

On October 17, Iraqi security forces started an operation to liberate the city of Mosul, which has been under the control of Daesh since June 2014.

Iraqi forces successfully liberated the eastern side of the city by the end of January, and operations to clear off the western areas have been going on since February 19.