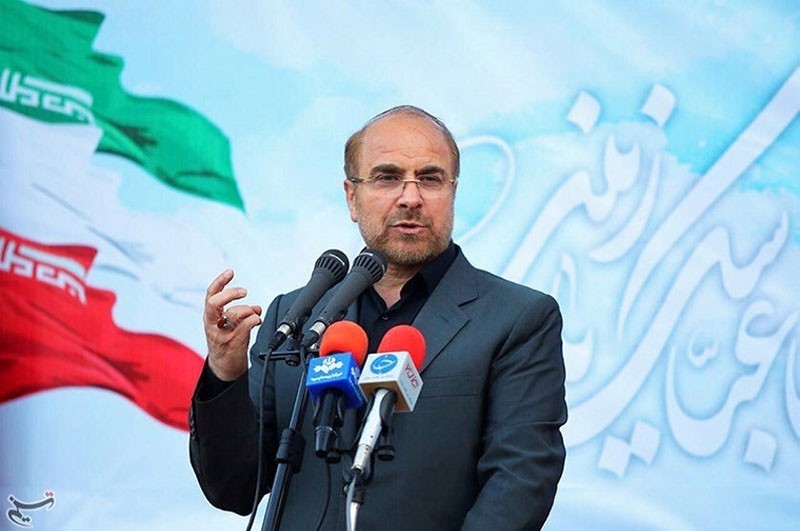 Mohammad Baqer Qalibaf gestures in this undated handout photo provided by Tasnim News Agency on May 9, 2017. (Reuters Photo)
by Compiled from Wire Services May 15, 2017 12:00 am

55-year-old Qalibaf, a former Revolutionary Guards commander and police chief, was one of the main challengers to President Hassan Rouhani who is seeking a second term. He has gained the image of being a conservative mover and shaker whose motto is "Can't be done? - No such thing."

In the last election four years ago, Qalibaf finished second but with just 16.5 percent of the vote. Rouhani, who pledged to reduce Iran's international isolation and grant more freedoms at home, averted a second round by winning just over 50 percent.

This time around, establishment conservative hardliners who want to unseat Rouhani are mainly placing their trust in Ebrahim Raisi, a jurist and Shiite cleric who studied at the feet of Supreme Leader Ayatollah Ali Khamenei.

They were not happy that the maverick Tehran mayor was standing again and thereby raising the risk of splitting the anti-Rouhani vote.

"I should take an important decision to keep the unity of revolutionary forces," Qalibaf said in a statement published in state media. "I ask all my supporters around the country to use all their capacity to help my brother, Mr Ebrahim Raisi, win the election."

Raisi and Qalibaf were following the same campaign tactics, criticizing Rouhani's economic record and his policy of detente with the West. Both presidential hopefuls jumped on the Islamic Republic's unemployment rate, which rose to 12.4 percent last year, up 1.4 percent from the previous year.

Raisi and Qalibaf promised to create five to six million jobs in their first term if elected and to triple the monthly cash handouts to Iran's poor, but drew criticism for not explaining how they would fund such programs.

Iranian voters are set to cast ballot in the country's presidential election on Friday.

Five candidates, including incumbent President Hassan Rouhani, are running in the race. With Ghalibaf no longer on the ballot, Friday's election will likely be largely a duel between Rowhani and Raisi.

According to Iranian media, more than 56.4 million voters are eligible to cast ballot in the polls.