US sticks to nuclear deal with Iran despite new sanctions 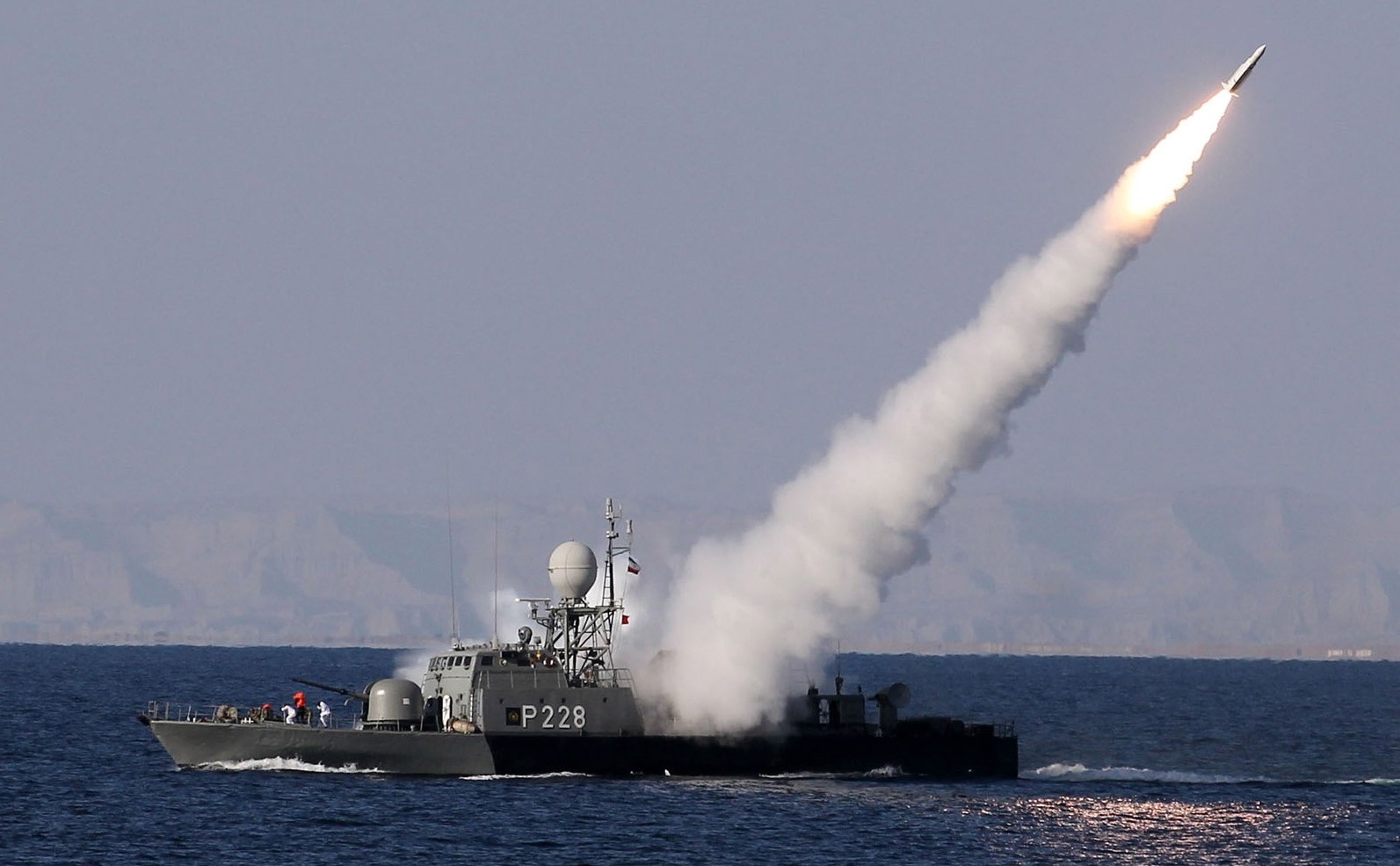 An Iranian navy warship test fires a new long range missile during the Iranian navy military exercise on the Sea of Oman, near the Strait of Hormuz in southern Iran.
by Compiled from Wire Services May 19, 2017 12:00 am

The Trump administration, dominated by fiercely anti-Iran sentiment, balanced sanction waivers with new measures against Iranian defense officials and a Chinese business tied to Tehran's ballistic missile program. The U.S. says the program is a breach of international law because the missiles could carry nuclear warheads in the future.

Iran denies ever seeking nuclear weapons and foreign ministry spokesman Bahram Ghasemi said yesterday its missile program is part of its "absolute and legal right to build up the country's defensive capabilities."

"Iran condemns the U.S. administration's ill will in its effort to reduce the positive results of the country's implementation of the Joint Comprehensive Plan of Action's (JCPOA) nuclear deal commitments by adding individuals to the list of unilateral and illegal extraterritorial sanctions," Ghasemi said on his Telegram channel.

He said Iran would retaliate by adding nine American individuals and companies to its own sanctions list, accusing them of "clear violations of human rights" in relation to their support for Israel or for links to "terrorist groups" in the Middle East.

The administration of President Trump chose to continue waiving nuclear-related sanctions on Wednesday despite its criticism of the agreement. That was a relief to Iranian President Hassan Rouhani, who made the 2015 nuclear deal the centerpiece of his efforts to end Iran's isolation and rebuild its economy with foreign investment. Iran and major powers led by the U.S. made a deal in 2015 to curb Tehran's nuclear ambitions in exchange for easing economic sanctions.

Trump threatened to tear up the nuclear deal during his campaign and has launched a review of its terms, but until then he is required to decide on renewing sanctions relief at regular intervals. His first deadline came this week related to sanctions on oil purchases through the Iranian central bank — part of a 2012 law called the National Defense Authorization Act — that must be waived every 120 days. The Trump administration will have to waive more sanctions next month if it wants to stick by the nuclear deal.

Iran, which has been accused of exposing sectarian fault lines in the region, especially in Yemen, Syria and Iraq, tried to soften its rhetoric as Rouhani said there should be greater unity between Shiites and Sunnis and that they had coexisted side by side peacefully for hundreds of years. During the Barak Obama era, Iran enjoyed the opportunity to fill the vacuum in the Middle East after the White House abandoned its traditional allies, like Turkey and Saudi Arabia.

Referring to Iran as "the number one terrorist state," the U.S. president said the Middle Eastern country supplies money and weapons to terrorist groups. The Trump administration hit the ground running, re-imposing sanctions against Iran in its first weeks in office and also instating restrictions against those who are complicit with Tehran.

U.S. and Iranian naval forces have encountered each other several times in the Gulf. According to the statistics released by the U.S., seven interactions have been reported so far this year. Iran's navy routinely holds war games that it says are aimed at improving its readiness against threats. It also sends its warships to international waters off the Gulf of Aden to fight piracy.