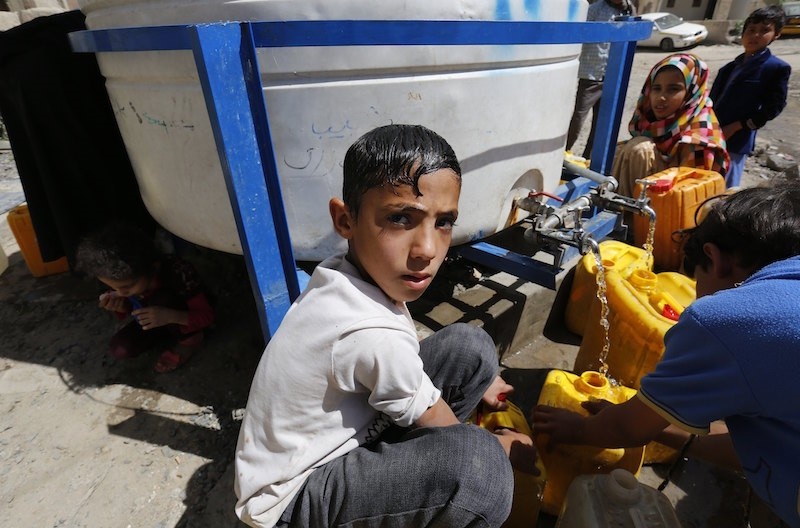 A cholera outbreak in Yemen has killed hundreds of people in recent weeks with another 23,425 suspected cases across the impoverished Arab country due to lack of clean water and a shortage of medical supplies. EPA Photo
by Daily Sabah May 21, 2017 12:00 am

A cholera outbreak has killed 315 people in Yemen since the end of April, the World Health Organization (WHO) said Sunday.

The infectious disease continues to spread across the war-torn country with roughly 30,000 suspected cases reported in 19 of Yemen's 22 provinces, the UN health agency reported.

As hospitals struggle to cope with an influx of patients, the international charity organization Doctors without Borders (MSF) warned that the cholera outbreak in Yemen could get out of control.

More than seven million people live in Yemen's cholera-threatened areas, while at least half of the country's medical facilities no longer function, WHO added.

Yemen has remained in a state of civil war since 2014, when the Shia Houthi militia group and allied forces of former President Ali Abdullah Saleh took over the capital Sanaa and other parts of the country.

The conflict escalated a year later when Saudi Arabia and its Arab allies launched a major air campaign aimed at reversing Houthi gains and shoring up Yemen's pro-Saudi government.

According to the UN, 11.3 percent of Yemen's population has been forcibly displaced by the conflict.