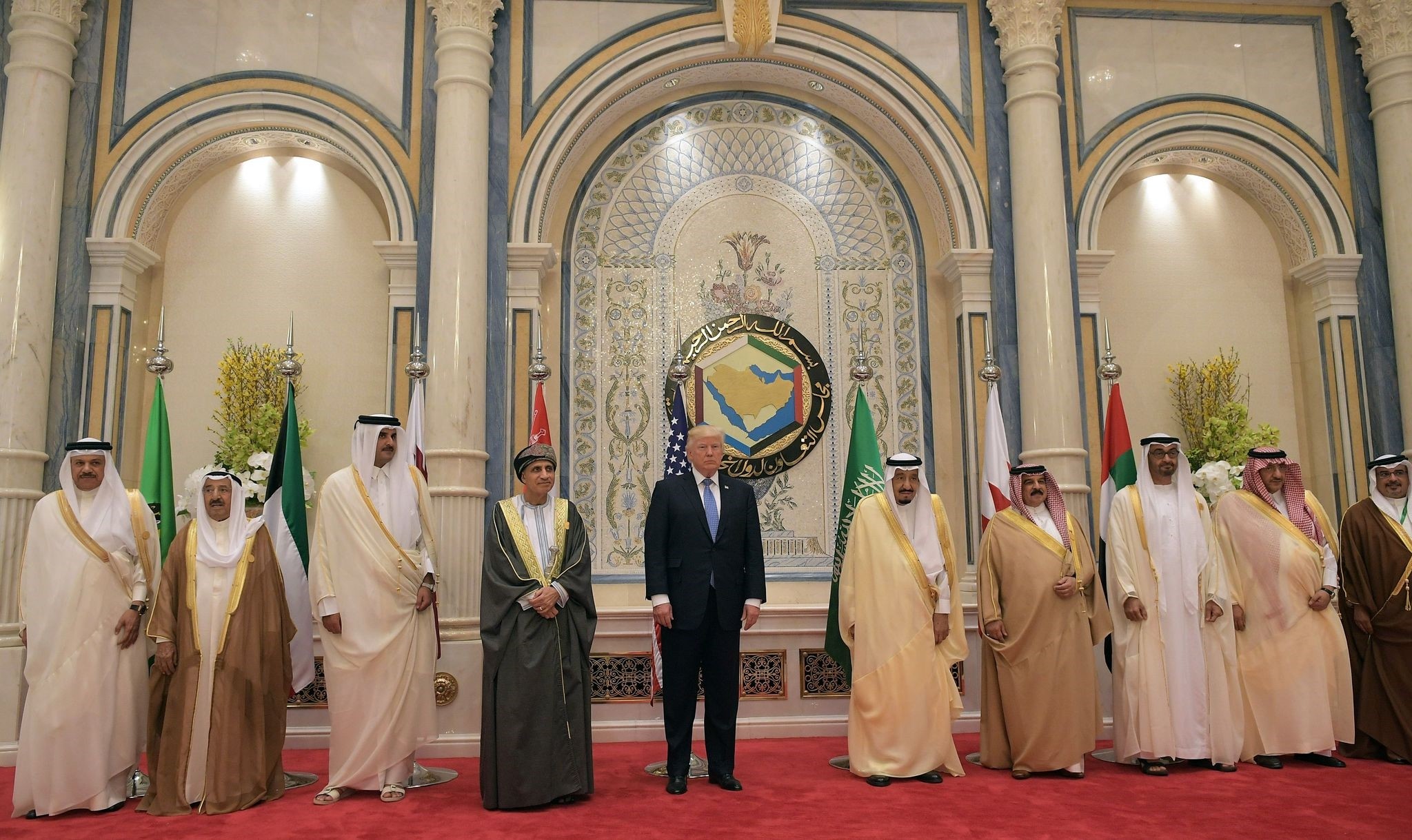 US President Donald Trump (C) and Saudi's King Salman bin Abdulaziz al-Saud (C-R) pose for a picture with leaders of the Gulf Cooperation Council in Riyadh. (AFP Photo)
by Anadolu Agency May 21, 2017 12:00 am

The talks come one day after U.S. President Donald Trump arrived in Saudi Arabia for his first presidential trip abroad.

Following the GCC summit, Gulf and Muslim leaders will hold summit talks with Trump with a view to bolstering cooperation between the two sides in the fight against terrorism.

On the first day of Trump's visit, Washington and Riyadh agreed on an arms deal worth almost $110 billion "to support Saudi Arabia's defense needs, according to the U.S. State Department.