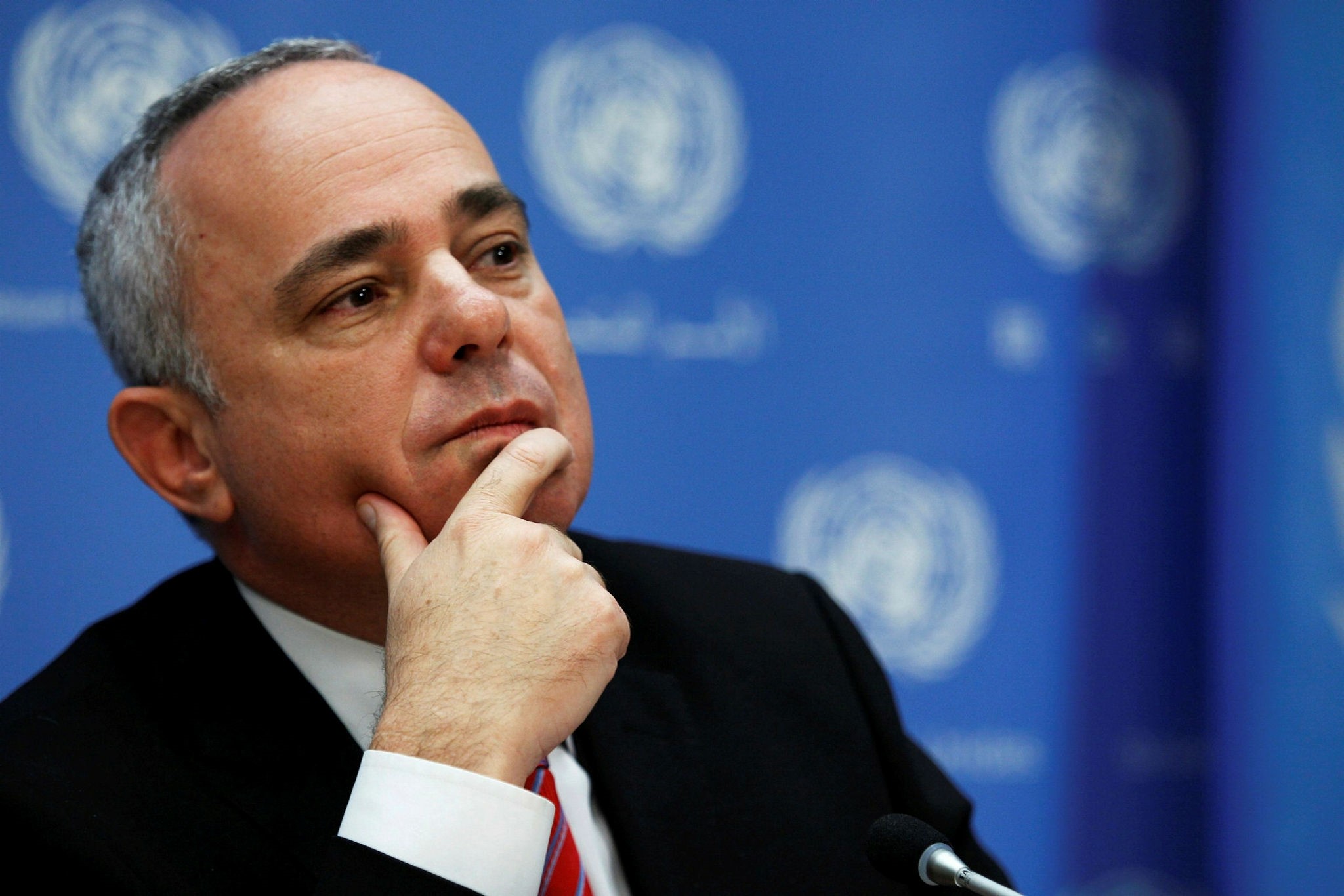 Yuval Steinitz attends a news conference after a meeting of the Ad Hoc Liaison Committee during the 68th United Nations General Assembly at U.N. headquarters in New York September 25, 2013. (Reuters Photo)
by May 21, 2017 12:00 am

Israel expressed muted concern on Sunday to a major arms deal between the United States and Saudi Arabia announced a day earlier during the visit to the region by U.S. President Donald Trump.

The central achievement of Trump's visit to Saudi Arabia was nearly $110 billion in deals sealed on Saturday in which Riyadh will buy U.S. arms to help it counter Iran, with options running as high as $350 billion over 10 years.

Although Israel also sees Iran as a threat to its security, it has a military advantage over the Arab states and has always been concerned about arms sales to them that could possibly narrow the margin separating them.

"This is a matter that really should trouble us," said Israeli Energy Minister Yuval Steinitz prior to the weekly cabinet meeting, although Prime Minister Benjamin Netanyahu made no mention of the deal in his customary public remarks.

A senior U.S. official traveling with Trump said Washington understands what he described as Israel's "completely legitimate" concerns and pledged to help the Jewish state maintain its military advantage.

"We're taking a whole bunch of measures, some apparent some not so apparent, to ensure Israel's qualitative military edge. That will in no way be compromised," the official told Reuters.

"You'll hear a really strong statement from the president on his commitment to Israel and to Israel's defense," the official added.

Netanyahu has expressed the wish to improve ties with Saudi Arabia and other Gulf states as part of an initiative that would draw the Palestinians into an eventual peace deal and function as a broad front against Iran's nuclear ambitions.

Steinitz said he hoped to hear details of the deal. Trump and his entourage touch down in Israel on Monday.

"We have also to make sure that those hundreds of billions of dollars of weapons to Saudi Arabia will not, by any means, erode Israel's qualitative edge, because Saudi Arabia is still a hostile country without any diplomatic relations and nobody knows what the future will be," Steinitz said.

In the 1980s, Israel expressed its concern at a U.S. sale to Saudi Arabia of then-advanced F-15 fighter jets that were stationed at a Red Sea airfield. But the desert kingdom has never threatened to use them against Israel.