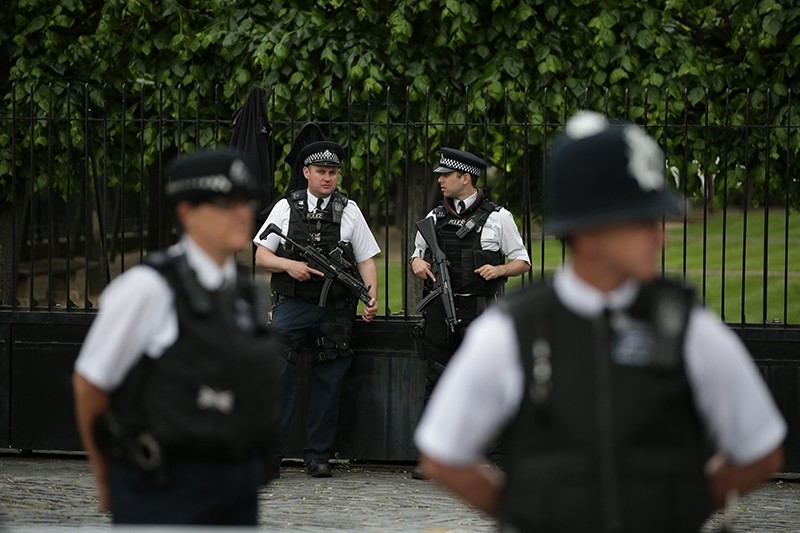 Armed British Police officers stand on duty outside of the Houses of Parliament in Westminster, central London on May 23, 2017 (AFP Photo)
by Compiled from Wire Services May 23, 2017 12:00 am

Officials in the United States say British authorities have identified the suspect in the Manchester suicide bombing attack as Salman Abedi.

A U.S. official confirmed the identity Tuesday to The Associated Press.

A European security official told the AP he was British. All sources spoke on condition of anonymity because the investigation was ongoing.

Reuters reported that two officials noted the suicide bomber is believed to have traveled to Manchester from London by train.

The bombing Monday night at an Ariana Grande concert in Manchester killed 22 people and sparked a stampede of young concertgoers.

The Daesh terrorist group claimed responsibility, but Dan Coats, the U.S. director of intelligence, says that connection has not yet been verified.