Over $1 billion dollars worth of US arms may have ended up in Daesh, other terrorist group's hands 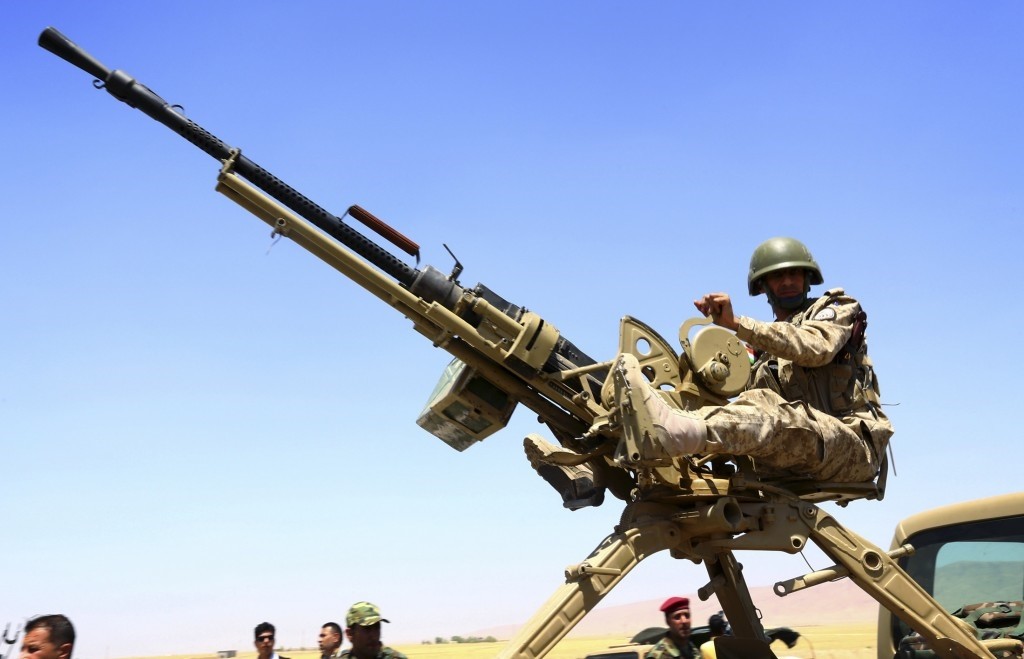 A member of the Kurdish peshmerga forces sit with a weapon during an intensive security deployment against Daesh terrorists in Makhmur, on the outskirts of the province of Nineveh August 7, 2014. (Reuters Photo)
by Daily Sabah May 24, 2017 12:00 am

The U.S. military's failure may have caused the Daesh terrorist group and other militant groups to obtain arms and military equipment worth more than 1 billion dollars, the Amnesty International said in a report published on Wednesday.

Citing a newly declassified Department of Defense audit, the U.S.-made weaponry has been lost track of by the U.S. military, the organization said. "The government audit, from September 2016, reveals that the DoD 'did not have accurate, up-to-date records on the quantity and location' of a vast amount of equipment pouring into Kuwait and Iraq to provision the Iraqi Army," Amnesty said.

"This audit provides a worrying insight into the U.S. Army's flawed – and potentially dangerous – system for controlling millions of dollars' worth of arms transfers to a hugely volatile region," Patrick Wilcken, Amnesty International's Arms Control and Human Rights Researcher was quoted in the piece.

"It makes for especially sobering reading given the long history of leakage of U.S. arms to multiple armed groups committing atrocities in Iraq," Wilcken said, adding that Daesh is among those terrorist groups.

"The transfers, which include tens of thousands of assault rifles (worth USD$28 million), hundreds of mortar rounds and hundreds of Humvee armored vehicles, were destined for use by the central Iraqi Army," Amnesty said in the report, adding that the predominantly Shi'ite Popular Mobilization Units militia and the Peshmerga forces were included in the recipients.

Also blaming the Iraqi army for the leakage, "Amnesty International's research has consistently documented lax controls and record-keeping within the Iraqi chain of command. This has resulted in arms manufactured in the USA and other countries winding up in the hands of armed groups known to be committing war crimes and other atrocities, such as IS, as well as paramilitary militias now incorporated into the Iraqi army," the organization said, using an alternate acronym for Daesh militant group.

Reminding the United States of the Leahy Law that prohibits supply of most types of U.S. military aid and training to foreign security forces that are suspected or known to have committed "gross human rights violations."

"The USA and Iraq must also accede to the global Arms Trade Treaty, which has strict rules in place to stop arms transfers or diversion of arms that could fuel atrocities," Amnesty concluded.