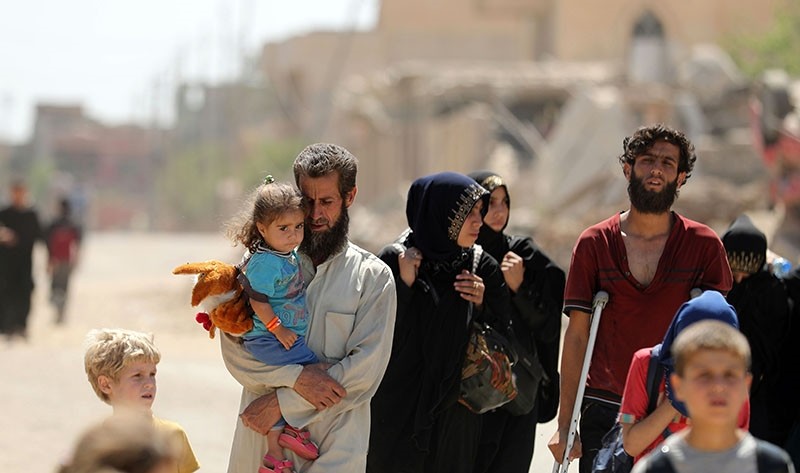 Displaced Iraqis evacuate their home in western Mosul's Zanjili neighbourhood on June 1, 2017 during ongoing battles between Iraqi forces to retake the city from Daesh militants. (AFP Photo)
by Daily Sabah Jun 01, 2017 12:00 am

At least 122 civilians, mostly women and children, were killed in the last six days while trying to flee fighting in Mosul.

Fighting between Iraqi forces and Daesh terrorists escalated in the last six days. Iraqi Prime Minister Haider al-Abadi announced that Mosul would be free "very soon," adding that Daesh controls only five percent of the city.

However, Iraqi army and their allies have progressed slower than what they expected as they are facing fierce resistance from Daesh terrorists, according to Al Jazeera reporter Osama bin Javaid.

"Civilian death toll had risen to 122 amid the heavy clashes. Seventy civilians were reported to have died due to an air strike on Tuesday. It was not clear if it was Iraqi army or coalition forces who conducted the air strike," Javaid said.

Iraqi army and allies launched a full-scale offensive to liberate Iraq's second largest city from Daesh terrorists seven months ago. The city was captured by Daesh in June 2014, during their rapid advance into predominantly Sunni northwestern and central Iraq.