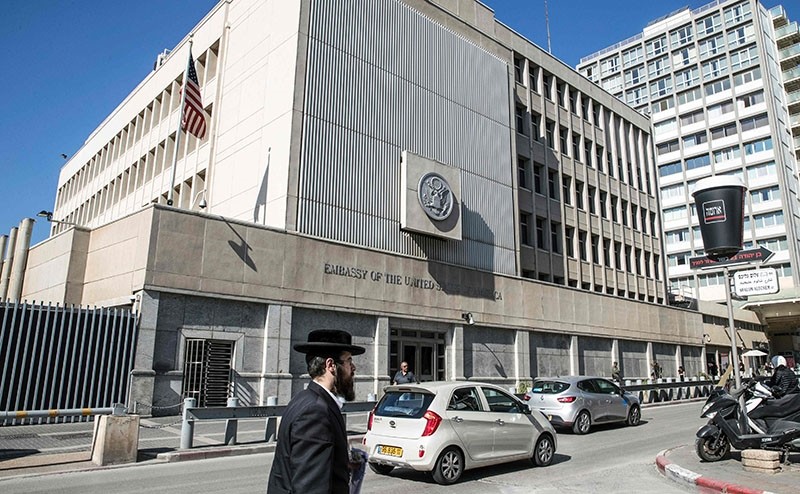 US President Donald Trump will not begin moving the US embassy in Israel to Jerusalem from Tel Aviv, backing away from a campaign promise as he signed a waiver Thursday that prevents the move from taking place for at least six months.

Trump had vowed during his presidential campaign to change long-standing US policy by moving the embassy to Jerusalem, in a move that Palestinians have warned would endanger the peace process.

The White House said in a statement however that Trump did plan to move the embassy eventually and that the move should not be seen as "in any way a retreat from the President's strong support for Israel and for the United States-Israel alliance."

"President Trump made this decision to maximize the chances of successfully negotiating a deal between Israel and the Palestinians, fulfilling his solemn obligation to defend America's national security interests," spokesman Sean Spicer said.

"But, as he has repeatedly stated his intention to move the embassy, the question is not if that move happens, but only when."

The US maintains its embassy in Tel Aviv, despite a law that has been in place for more than two decades requiring the movement of the embassy to Jerusalem. Presidents from both political parties have consistently waived the requirement every six month, claiming such a move would violate US national security interests and endanger the peace process.

Former president Barack Obama had signed a waiver preventing the embassy from moving in December that was due to expire on Thursday.

Trump had not addressed the matter publicly during a trip to Israel and the Palestinian Territories last week.

Israel has long considered Jerusalem to be its capital. However, since the Palestinian Authority would like to make East Jerusalem the capital of an eventual state, picking Jerusalem as the site of the US embassy would be a clear signal of favouring one side over the other.