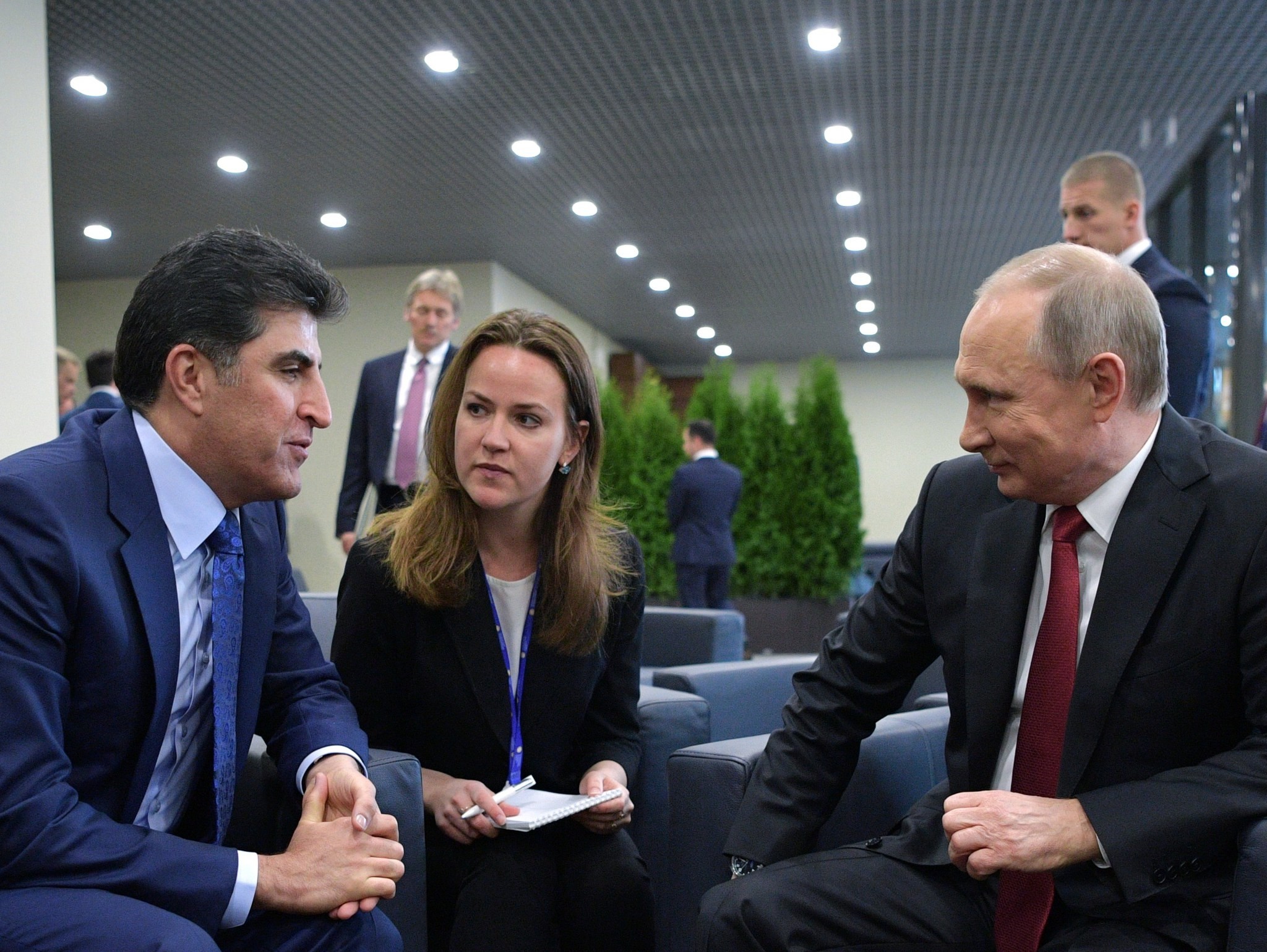 "The meeting was about our economic relations with Russia and mechanisms to combat Daesh in the region," Barzani said after a meeting with Lavrov, adding that he thanked Russia for its support in the fight against Daesh terrorists in Iraq and Syria.

The Russian foreign ministry released a statement following the meeting saying that "officials exchanged views on the current and future outlook for mutually beneficial ties between Russia and Iraqi Kurdistan, including fuel and energy cooperation."

Meanwhile, Barzani also had a short meeting with Russian President Putin during which they discussed boosting ties between theKRG and Moscow, and cooperation in the region with Russia's largest oil producer Rosneft.

After the meetings, Barzani expressed hope that bilateral relations with Russia would improve in the future.