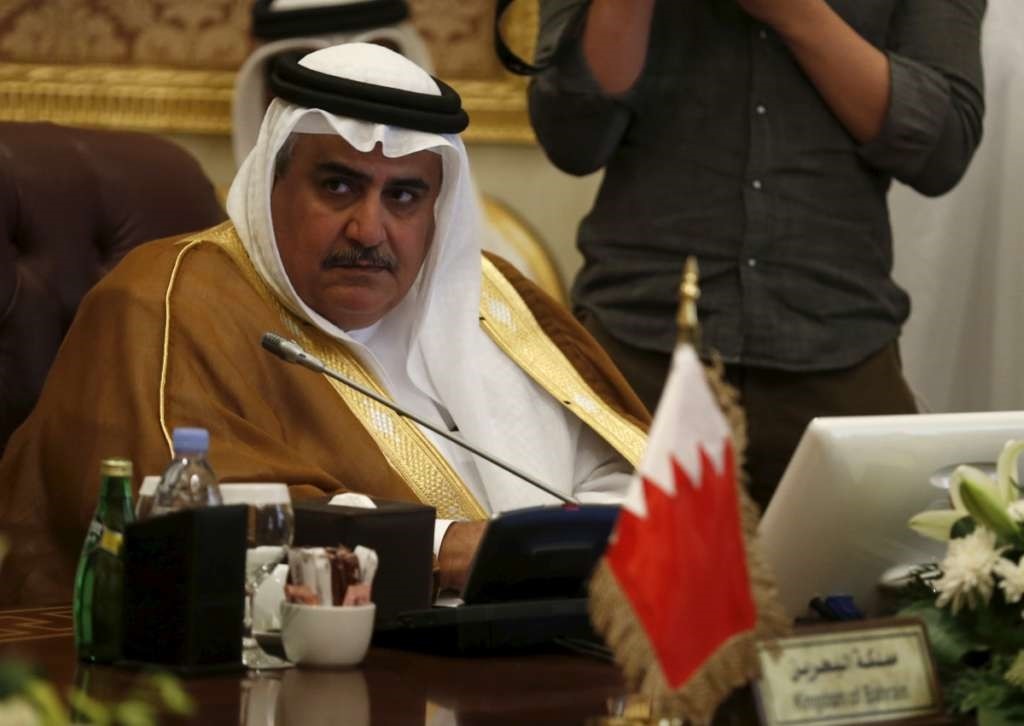 Hackers took over the Twitter account of the Bahraini foreign minister on Saturday just 10 days after a cyber attack on the official news agency of neighboring Qatar.

The hack, which purported to be carried out in the name of a fringe militant group, came after the Bahraini authorities dissolved the kingdom's last major opposition movement and after police shot dead five protesters while dispersing a long-running sit-in.

Bloodied bodies, demolished mosques and what appeared to be a child's illustration of war rolled down the official Twitter page of Foreign Minister Khaled bin Ahmad al-Khalifa, a member of the royal family.

The pictures were captioned: "What the petrodollar media doesn't show you," a reference to the satellite television channels funded by neighbouring Saudi Arabia, Qatar and the United Arab Emirates.

The foreign ministry confirmed the hack, blaming it on the "terrorist party," without elaborating.

Bahrain has been gripped by persistent unrest since 2011 when its Sunni rulers crushed protests led by its Shiite majority demanding a constitutional monarchy and an elected prime minister.

The authorities have jailed several opposition leaders on charges of inciting violence but human rights groups say the mainstream opposition has remained peaceful.

Saturday's hackers tagged their posts with the name and logo of Saraya al-Mukhtar, a Shiite militant group with a strong online presence, and made threats against the ruling Al-Khalifa family.

"We take an oath before you -- we demand the execution of King Hamad," one tweet said.

The hackers also spoke out against the treatment of Shiites in neighbouring Saudi Arabia and in Yemen, where a Saudi-led coalition including Bahrain is fighting Shiite rebels who control the capital Sanaa.

"We will soon reap the skulls of you who danced on the blood of our men in Bahrain, Qatif and Yemen," another tweet said.

The hackers retweeted a number of posts by Numur al-Hurriya (Tigers of Freedom), which purports to be an opposition group in the mainly Shiite Qatif district of eastern Saudi Arabia.

Two men were blown up in Qatif on Friday by what the Saudi authorities said was munitions they were transporting in their vehicle.

Sunni-dominated Saudi Arabia has seen repeated disturbances among its Shiite minority, most of whom live in the east, close to the causeway linking it with Bahrain.

The account has over 378,000 followers, many of them diplomats, politicians and media figures. The minister regularly posts comments and updates in both Arabic and English on his account.

It was not clear if the hacks were linked.

Neighbouring Qatar is still investigating the May 24 hack of its official news agency website and Twitter account in which damaging comments about a raft of sensitive regional issues were falsely attributed to its ruler.

The hackers also posted a fake report that Qatar had severed relations with several neighbouring countries.

FBI experts are helping with the investigation, sources close to the case told AFP on Friday.