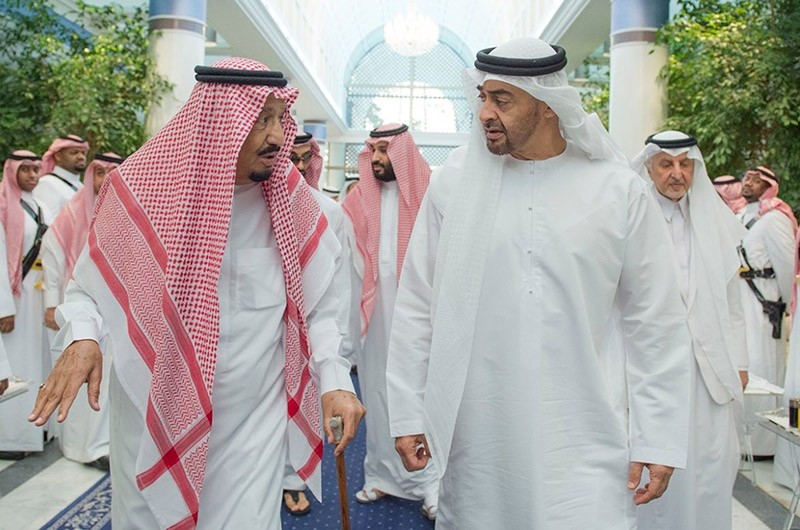 The Saudi-led coalition in Yemen, Egypt, Maldives, one of Libya's three governments and the United Arab Emirates have joined Saudi Arabia and Bahrain in cutting ties with Qatar, adding fuel to a diplomatic dispute in the Gulf region.

Qatar said it regretted the coordinated decision by Saudi Arabia, Egypt, the United Arab Emirates and Bahrain to cut diplomatic relations on Monday, according to Qatar-based Al Jazeera TV.

"The measures are unjustified and are based on claims and allegations that have no basis in fact," the network quoted the foreign ministry as saying.

Qatar said the decisions would "not affect the normal lives of citizens and residents".

Saudi Arabia and Bahrain were the first to sever all diplomatic ties with Qatar, citing national security concerns.

The countries have blocked Qatar from their airspace and requested that all Qatari diplomats leave within 48 hours.

Meanwhile, Egypt has given the Qatari ambassador in Cairo 48 hours to leave the country and has recalled its charges d'affaires in Doha, the foreign ministry said on Monday.

Bahrain's Foreign Ministry accused the Qatari government of destabilizing the country's security and stability and interfering in its affairs.

Qatar has "spread chaos in Bahrain in flagrant violation of all agreements and covenants and principles of international law without regard to values, the law, or morals or consideration of the principles of good neighborliness or commitment to the constants of Gulf relations, and in denial of all previous commitments," it said.

Speaking at a joint press conference in Ankara with his German counterpart Sigmar Gabriel, Çavuşoğlu said that Turkey is ready to help however it can to bring the disputes to a manageable level.

"Dialogue should be continued under all circumstances so the existing problems can be solved in a peaceful way," he said.

He expressed Turkey's "sorrow" at the decisions to cut off ties, citing the importance of regional unity and solidarity.

"Turkey sees the unity and solitary among Gulf states as our own unity," he said.

Unity among the countries of the region is important for fighting Daesh, radicalism, Islamophobia, and sectarianism, he added.

The Turkish Ministry of Foreign Affairs also said Monday that Turkey would do its part to help solve the diplomatic rift.

The Ministry said in a statement that regional solidarity was needed now more than ever, and that Turkey's utmost wish was that members of the Gulf Cooperation Council (GCC), which plays an important role in ensuring regional peace, security and stability, could overcome their differences through dialogue.

"It should not be forgotten that the struggle against terrorism can only be done in unity. Turkey is ready to fulfill its role as a responsible actor in the region and as the current chair of the Organization for Islamic Cooperation (OIC), and help resolve this dispute between friendly and brotherly countries as soon as possible," the statement added.

The incident triggered a diplomatic row between Qatar and its neighbors, the United Arab Emirates and Saudi Arabia.

Qatar hosts the largest U.S. airbase in the region, which is crucial to operations against Daesh terrorists, and is set to host the 2022 football World Cup.