163 civilians executed by Daesh in Mosul on June 1, UN says 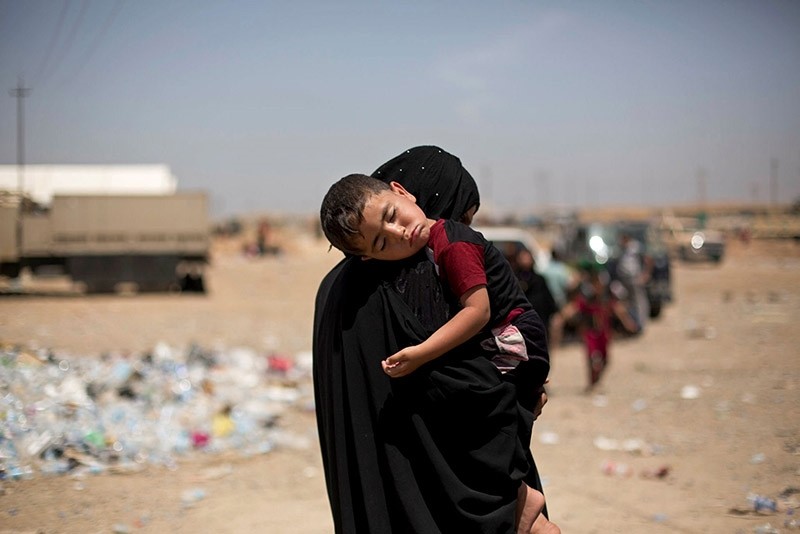 The militants shot the people dead on Thursday to prevent them from fleeing, according to Zeid, the UN high commissioner for human rights.

"Yesterday, my staff reported to me that bodies of murdered Iraqi men, women and children are still lying on the streets of the al-Shira neighborhood of western Mosul," Zeid told the UN Human Rights Council in Geneva.

In addition to the deaths, people are still missing in this neighborhood in Mosul, the last key urban stronghold of Daesh in Iraq.

In February, Iraqi forces started an onslaught to wrest back the western section of Mosul from Daesh, almost a month after they recaptured the eastern part of the city.

The U.S.-backed campaign has been slowed down by Daesh's use of car bombs and sniper fire in the densely-populated city.

Iraqi officials say Daesh's control of western Mosul is now confined to three neighborhoods, including the Old City noted for its narrow streets.

Government forces, backed by shelling and air coverage, are pushing deep into the district of Zanjili, one of the remaining areas in western Mosul under Daesh control, chief of the militarized federal police, Raed Chaker, said.

He added late Monday that the forces were heading towards the nearby neighborhood of Shifa to drive out militants.

"Operations are meanwhile continuing to evacuate people fleeing the areas of clashes. They are taken to camps for the displaced," he said, according to independent Iraqi portal Alsumaria News, without details.