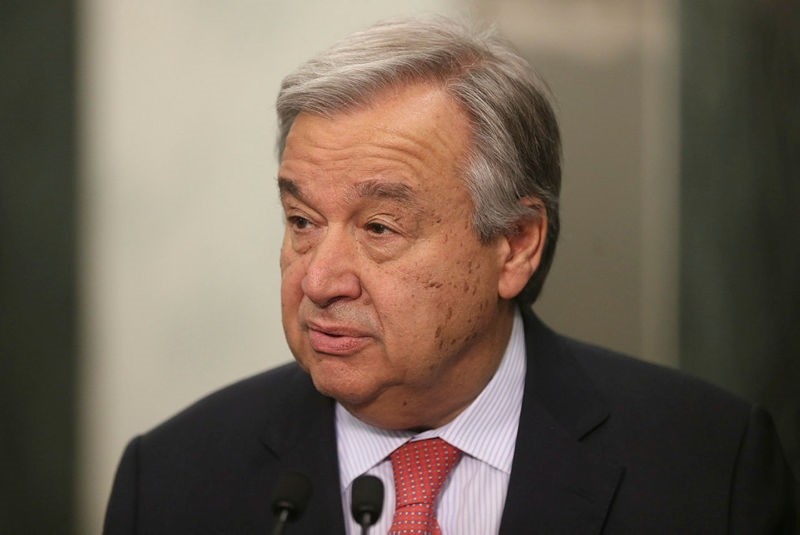 United Nations Secretary-General Antonio Guterres urged Israel Monday to end its occupation of Palestinian lands, in a statement marking the 50th anniversary of the 1967 Arab-Israeli War.

"This occupation has imposed a heavy humanitarian and development burden on the Palestinian people," Guterres said in a statement. "Among them are generation after generation of Palestinians who have been compelled to grow-up and live in ever more crowded refugee camps, many in abject poverty, and with little or no prospect of a better life for their children."

The global body's chief said the occupation has shaped the lives of Palestinians and Israelis alike, fueling "recurring cycles of violence and retribution.

"Now is the time to end the conflict by establishing an independent Palestinian state, living side by side in peace and security with the State of Israel."

The Arab-Israeli War, also known as the Six-Day War, resulted in Israel's occupation of the West Bank, East Jerusalem, Gaza and the Syrian Golan, triggering the displacement of hundreds of thousands of Palestinians and Syrians.

The Israeli-Palestinian conflict has proven one of the most intractable in modern history, causing massive human suffering and economic deprivation.

The two-state solution, which has been the normative approach for decades toward an ever-elusive peace agreement, was recognized in 1947 under UN resolution 181.

A year later, the state of Israel was established, but nearly seven decades on, Palestinians are still struggling for independence.

Israel has pursued an increasingly aggressive settlement regime despite broad international condemnation, eating away at Palestinian territory and torpedoing the chances of success for a two-state reality.