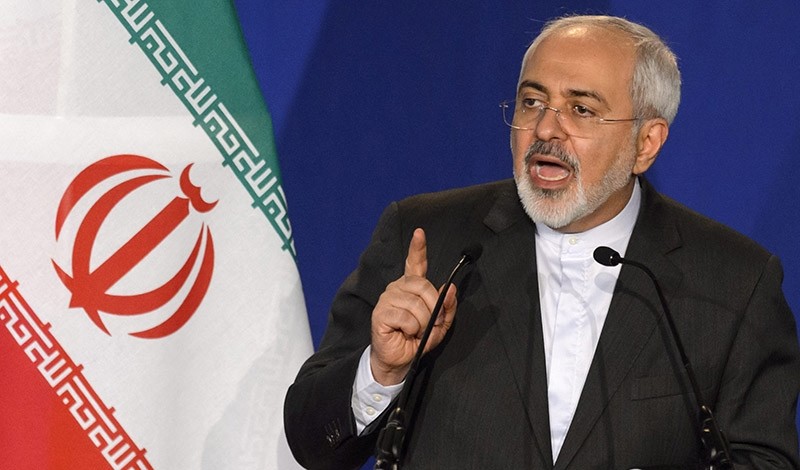 Iranian Foreign Minister Mohammad Javad Zarif speaks during a press event after the end of a new round of Nuclear Iran Talks (EPA File Photo)
by Compiled from Wire Services Jun 08, 2017 12:00 am

Trump had said he prayed for the victims of Wednesday's attacks that were claimed by Daesh, but added that "states that sponsor terrorism risk falling victim to the evil they promote."

Zarif in a tweet on Thursday called the comments on the attack in Tehran a day earlier "repugnant" and accused the U.S. of supporting terror.

President Donald Trump in a statement suggested that Iran bears some culpability for attacks in its capital.

Trump tweeted that "states that sponsor terrorism risk falling victim to the evil they promote." He also said the U.S. was grieving and praying for the victims of the attacks.