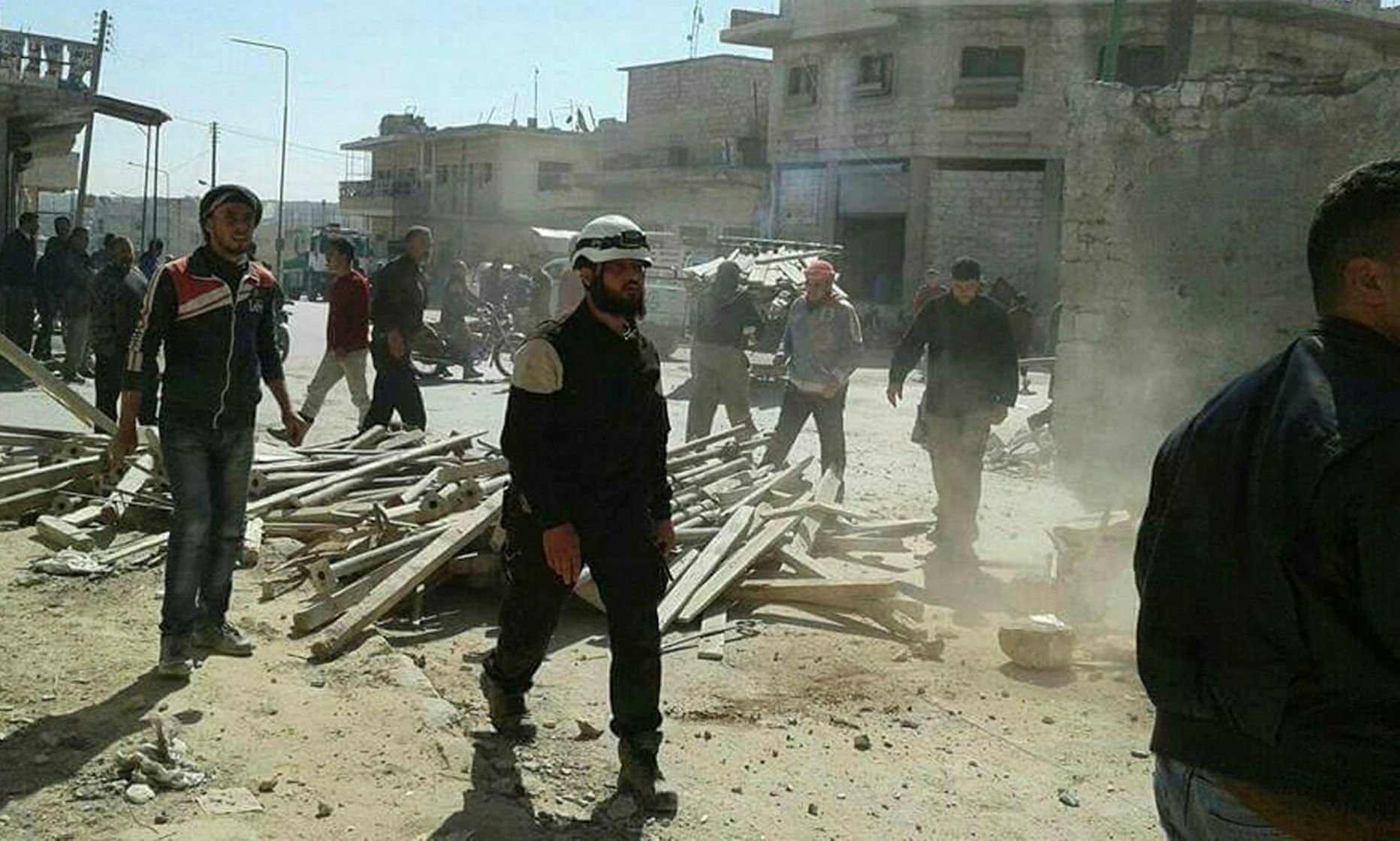 The Syrian crisis has become a multidimensional problem affecting politics on a regional and international scale. There is a reciprocal relation between the six-year civil war and the crisis in the region, as various actors have pledged support for either the Bashar Assad regime or opposition forces. The U.S. and the EU have shown their support for the PKK's Syrian offshoot, the Democratic Union Party (PYD), and its armed wing the People's Protection Units (YPG), increasing the complexity of the crisis and thrusting those involved into an unsolvable predicament. The emergence and involvement of various terror groups urge us to reevaluate the war from different perspectives according to the various regions of Syria.

Although the recent crisis in the Gulf has a more general impact on the region, the crisis may make the already bad situation in Idlib even worse, since the Iranian-backed groups along with the regime and Russia may launch an assault while intra-opposition fights have intensified in recent months.

Last week, a video, showing Idlib residents shouting at the al-Qaida linked group "Shabbiha," also revealed that fighters were, in turn, shooting at peaceful protesters. The video went viral on social media as it resembled the beginning of the war in 2011 when regime soldiers fired on civilians in Daraa. Al-Qaida-linked Tahrir al-Sham, formerly known as Jabhat Fateh Sham and the Nusra Front, is the most powerful group that controls a large part of the city. Besides them, there are other opposition groups which, unlike al-Qaida elements, have adopted a positive approach to both Turkey and Qatar.

In the video a group of al-Qaida militants, locked in their headquarters, fire on people who were angry at the group's administration. It is a well-known fact that al-Qaida elements aim to impose very strict religious jurisprudence on Syria, something close to Wahhabism, which has been adopted as a state sect in Saudi Arabia since its foundation.

Turkey and Qatar believe that the opposition must be unified against Daesh, the PYD/YPG, Iranian-backed militias and the Assad regime. Yet, the al-Qaida presence in Idlib also angers Russia and the U.S., which aims to clear Syria of all terrorist groups, excluding the PYD.

Having known that al-Qaida's presence de-legitimizes other opposition factions, the PYD has declared it would like its YPG militia to reach Idlib after taking Raqqa from Daesh. Certainly, Turkey believes Idlib is in its periphery and that it is able to make military maneuver in the city.

The dispute among the opposition groups is not new. While the international community, including the U.S. and Saudi Arabia, accuses the Muslim Brotherhood of carrying out terror activities, it is a fact that the radical elements have been considering the group infidels for engaging with politics in a democratic and legitimate way.

Several Salafi leaders from Syria fled to Saudi Arabia after 1980s and returned to Syria when the war began. Initially, the war in Syria was far from an extremist and sectarian structure but the involvement of the Saudi-educated Salafi imams has changed its course.

Considering the Free Syrian Army (FSA), largely backed by Turkey, Qatar and the West, the Salafi leaders declared their intention to impose exclusionary and strictly religious rule on post-war Syria. Therefore, the opposition has started to decay and the departure of Daesh from the Nusra Front has been a major blow to the opposition's fight against the regime.

Aleppo and Deraa pose apt examples for understanding the radical elements' damage to the fight of the Syrian people. In 2015, fierce clashes erupted between the FSA and the Nusra Front due to ideological divergences. Moderate factions claimed that their purpose is to establish a democratic regime in Syria in the case that the current regime is deposed. Due to the resistance of al-Qaida elements, the regime has made significant advances in Deraa and claimed back most of the territory.

Recently, in Aleppo, immediately before the regime took the city back thanks to the man support of Iranian-backed militias and Russian aerial strikes, al-Qaida linked groups raided over moderate groups that weakened the opposition. The similar attacks on moderate opposition forces in Idlib may facilitate a regime operation while also encouraging the PYD to grab some territory.

In this case, Qatar and Turkey have been acting in a synchronized way, challenging the presence of al-Qaida elements. Yet, the recent isolation of Qatar and attempts to drag Turkey into another regional conflict may accelerate the bloodshed in Idlib, which is already expected to happen.