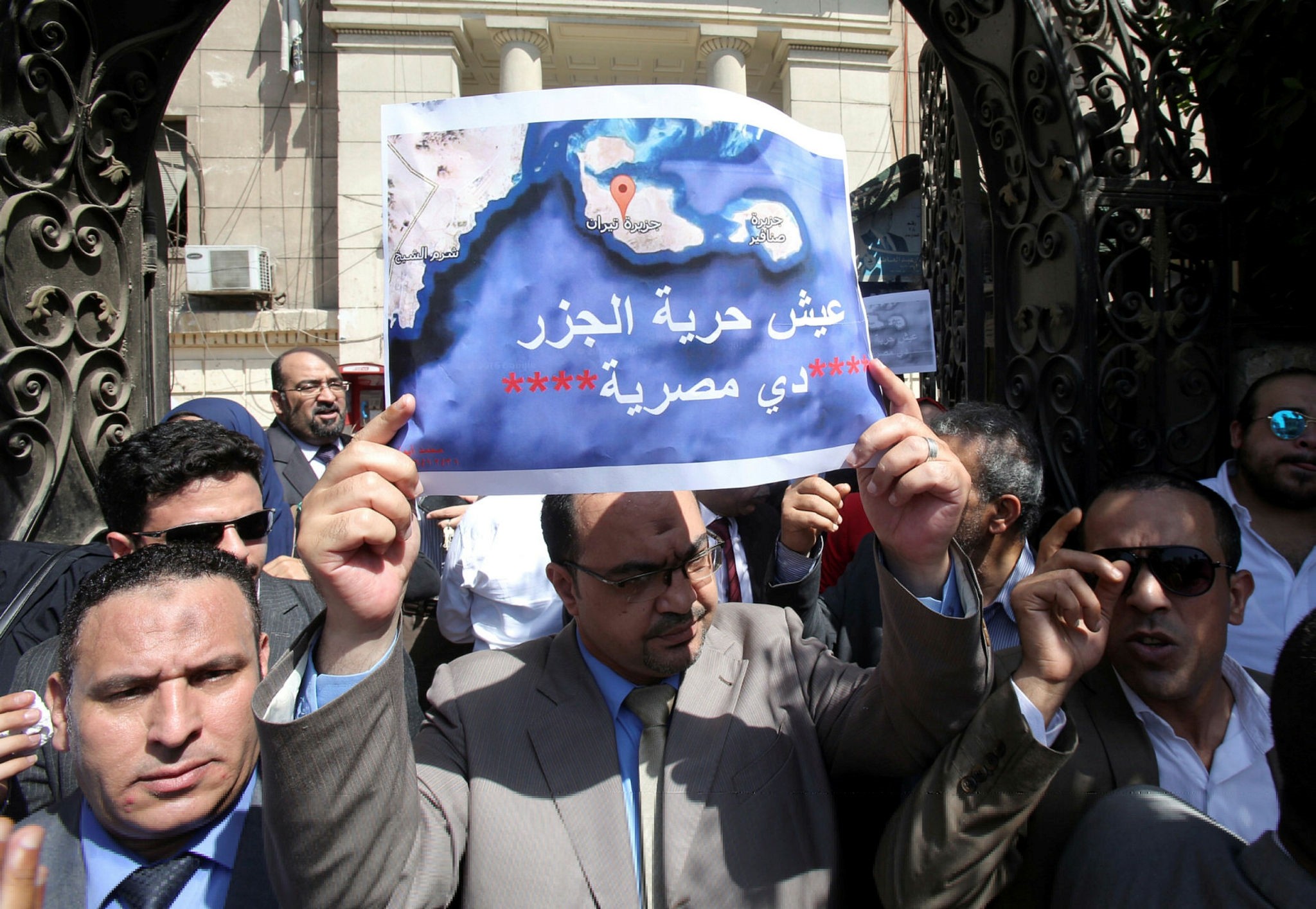 The planned transfer of the islands sparked the biggest protests against President Abdel-Fattah el-Sissi's, and critics say parliament members, most of them are staunch el-Sissi supporters, are defying a court ruling that struck down the transfer in January.

Parliamentary approval is nevertheless expected as the chamber's wide support for the president, which claims it has the right to ratify any international agreement.

The vote in the legislative and constitutional committee — 35 for, 8 against — approved both the content of the agreement and the legality of its referral to Parliament for ratification.

The vote, by show of hands, came on the third day of an often raucous debate by committee members, with rival lawmakers accusing each other of treason and working for foreign governments. At times the shouting gave way to pushing and shoving.

Hours later, a plenary session referred the agreement to the defense and national security committee, which will study the document and make a recommendation on whether the house should ratify or reject it. The committee's chairman, Kamal Amer, said the body would meet later Tuesday to review the document.

The government says the islands of Tiran and Sanafir were always Saudi but were placed under Egypt's protection amid Arab-Israeli tensions in the 1950s. Critics have linked the transfer to the billions of dollars in Saudi aid given to el-Sissi's government, saying it amounts to a sell-off of sovereign territory.

The announcement of the agreement, during a visit to Cairo by the Saudi king in April 2016, was followed by the largest anti-government protests since el-Sissi took office in 2014, deposing Egypt's first democratically elected president Muhammad Morsi. Hundreds of demonstrators and activists were arrested, with most later released.

Shortly before Tuesday's vote, a small group of lawyers opposed to the agreement protested amid tight security outside the downtown Cairo offices of the lawyers' union. Some chanted slogans against the surrender of the islands, while others held placards saying "bread, freedom, these islands are Egyptian" - a play on a popular slogan used during the 2011 uprising that toppled longtime autocrat Hosni Mubarak.

"We are prepared to die or be arrested for our land," said one lawyer, Amr Khashab. On Twitter, the hashtag "Tiran and Sanafir are Egyptian" topped the trending list in Egypt.