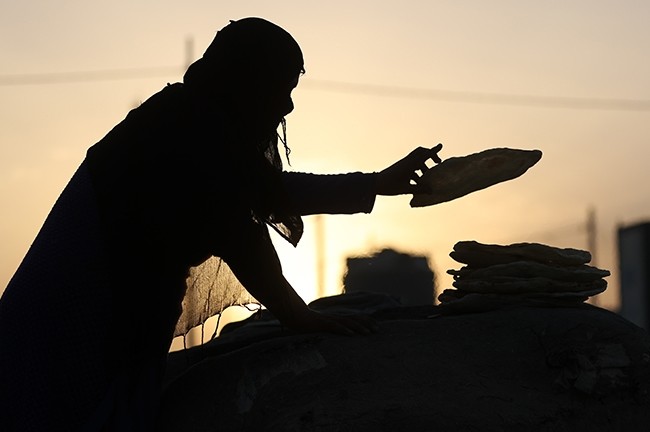 Two people died and hundreds fell ill from food poisoning in a camp for displaced people east of the Iraqi city of Mosul on Monday evening, and were rushed to nearby hospitals, Iraqi officials said.

Iraqi health minister Adila Hamoud said that a total of 752 people took ill after a meal the previous evening at the Khazir camp.

People started vomiting and some fainted after eating an iftar meal, breaking the Muslim Ramadan fast, said lawmaker Zahed Khatoun, a member of the Iraqi parliament's committee for displaced people.

The food was provided by a non-governmental organization for the iftar. Hamoud said that a woman and a girl died while at least 300 people remain in critical condition.

The camp in al-Khazer on the road linking Mosul and Erbil houses people displaced by an offensive to dislodge Daesh terrorists from Mosul.

Iraqi army and allies launched a full-scale offensive to liberate Mosul from Daesh terrorists seven months ago. Iraq's second largest city was captured by Daesh in June 2014, during their rapid advance into predominantly Sunni northwestern and central Iraq.