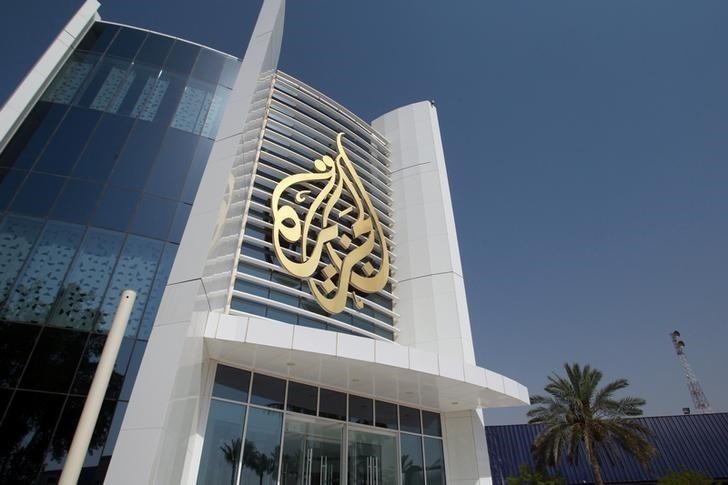 Israeli premier Benjamin Netanyahu is considering shutting down the local offices of Arab satellite broadcaster Al-Jazeera, an official said Tuesday, following a crackdown against Qatar by several Arab countries across the region.

Saudi Arabia has been leading an effort to isolate Qatar, accusing the energy-rich Gulf state, and the Qatari-backed channel, of supporting violent terrorist groups across the Middle East. Qatar vehemently denies the accusations.

Jordan and Saudi Arabia have closed Al-Jazeera's local offices, while the channel and its affiliate sites have been blocked in Saudi Arabia, United Arab Emirates, Egypt and Bahrain.

While Israel is not formally part of that effort, the stepped-up pressure appears to have emboldened Netanyahu to look into closing down the channel's local operations as well. Israeli officials have long accused Al-Jazeera of bias against the Jewish state, and on Monday, Defense Minister Avigdor Lieberman accused it of promoting incitement and likened its coverage to "Nazi Germany-style" propaganda.

The Yediot Ahronot daily reported Tuesday that various government officials held a first meeting on the issue on Monday. The Israeli official confirmed that discussions were underway but said no decisions had been made. The official was not authorized to discuss the issue with the media and spoke on condition of anonymity. Netanyahu's office declined comment.

Walid Omary, Al-Jazeera's local bureau chief, said he has not been notified of any formal action against his operation. But he rejected the Israeli claims of bias and accused Israel of waging an incitement campaign.

"This is not the first time they have attacked us," he said. "I hope they will withdraw the threat."

Shutting the bureau would likely face significant legal obstacles and test Israel's commitment to protecting freedom of the press.

Some key officials might also oppose the step. While Israel complains about Al-Jazeera's coverage, the station is also one of the few Arab media channels that interviews Israeli officials, giving Israeli leaders a rare outlet to address the Arab public.