Palestinians were here before us, 'we drove them out', Israeli deputy says 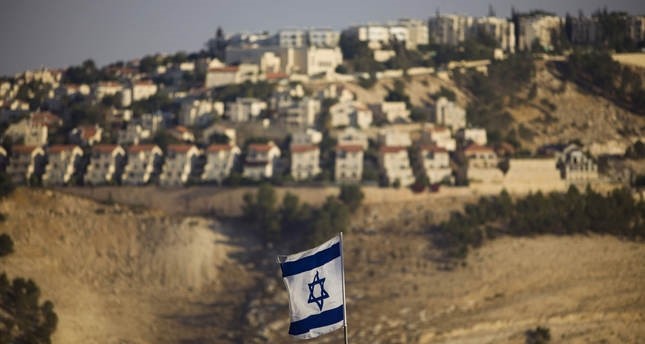 An Israeli flag is seen in front of the illegal Jewish settlement of Maaleh Adumim in West Bank, on the outskirts of Jerusalem, in this 2009 file photo (AP)
by Daily Sabah Jun 13, 2017 12:00 am

Moshe Gafni, an Israeli deputy from the United Torah Judaism party in the Knesset, said Monday that the Jews drove Palestinians from their land.

"They were here before us," Gafni was quoted as saying in a news piece published by Israeli news website Arutz Sheva.

"The first important thing is that the State of Israel be a Jewish state, otherwise we have no right to conduct negotiations with the Palestinians - we removed them from here," he went on to say, according to the website.

"If we do not have the historical right that the Jewish people have here, we have no rights."

"I do not sit with the Reform. The Reform movement caused the greatest damage to the Jewish people," he said.

In 1967, 19 years after the Jewish state was founded, Israel captured Gaza, the West Bank and East Jerusalem from a coalition of Arab states in what is known as the Six-Day War. With the signing of the Oslo Accords, Israel withdrew from parts of the West Bank and handed over control in some pockets to the newly-created State of Palestine (Palestinian National Authority). However, Israel maintains strict military control over the movement between Palestinian pockets of control and to their east to Jordan, in addition to continuing construction of new illegal settlements in Palestinian lands. Israel also withdrew from Gaza in 2005, but it is de-facto under Israeli blockade.