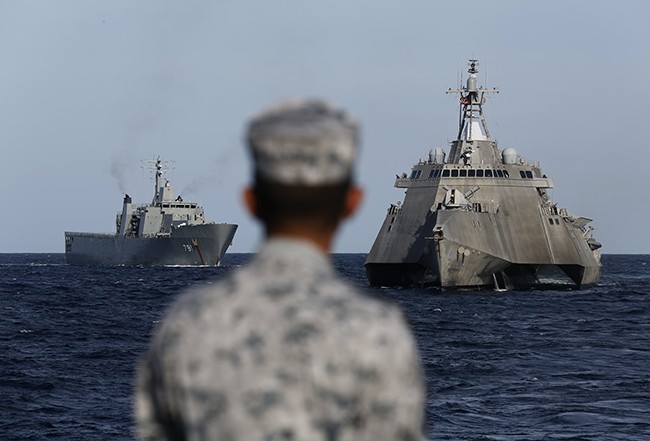 Qatar, a major ally of the U.S. and other Western countries, has been in the spotlight since four major Arab powers, including Saudi Arabia and Egypt, severed their ties with the country and accused it of supporting terrorism and working secretly with Iran, the arch-foe of the Saudis.

Qatar hosts the biggest U.S. military base in the Middle East with 11,000 troops deployed to or assigned to al Udeid Air Base. More than 100 aircraft operate from there.

The Pentagon last week renewed praise of Qatar for hosting a vital U.S. air base and for its "enduring commitment to regional security," after four Arab countries cut ties with the Gulf ally.

The Pentagon reassurance differed from the U.S. President Donald Trump comments that applauded the decision, via Twitter.

It was unclear if the arrival of the two warships was planned before the Gulf rift or if was a sign of support from the Pentagon.

The crews of the two vessels were received by Qatari navy officers, QNA said, citing a statement from the country's defense ministry.

Turkey sent its foreign minister to Qatar as part of a drive to resolve the crisis. Kuwait, a neighbor and a member of the Gulf Cooperation Council (GCC), also has been mediating.

The drills and the jet deal come amid a political and economic blockade of Qatar by its neighbors.