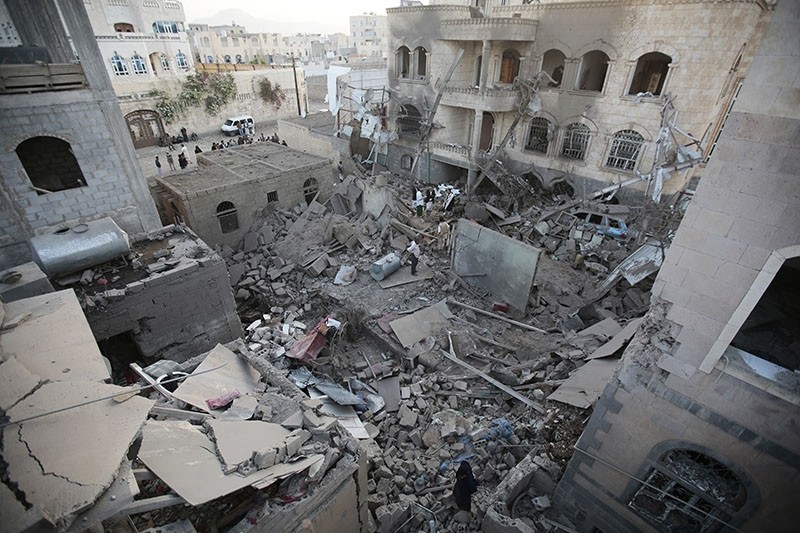 At least 24 civilians were killed in an air raid Sunday on a market in northern Yemen, a medical official and witnesses said, blaming the Saudi-led coalition battling Houthi rebels.

Most of the casualties worked in the Mashnaq market in the rebel-controlled Saada province on the Saudi border, an official at a nearby hospital told AFP on condition of anonymity.

Witnesses said the market was a centre for trafficking in Qat, a leafy stimulant plant that is widely used in Yemen but illegal in Saudi Arabia.

One of the witnesses said some of the casualties had "just returned from a trip across the border".

The Saudi-led Arab coalition has been carrying out air strikes in Yemen for more than two years against Shiite Houthi rebels.

Saada itself has come under heavy bombing since 2015, when the Arab coalition intervened to support the government of Abedrabbo Mansour Hadi in its fight against the Iran-backed Houthis.

More than 8,000 people have been killed in the past two years and tens of thousands wounded, according to the World Health Organization.

Yemen's Huthi rebels, who control a string of strategic ports along the Red Sea coastline, have sporadically launched rocket attacks across the border into Saudi Arabia.

In late January, the rebels attacked a Saudi warship in the Red Sea, killing two sailors.