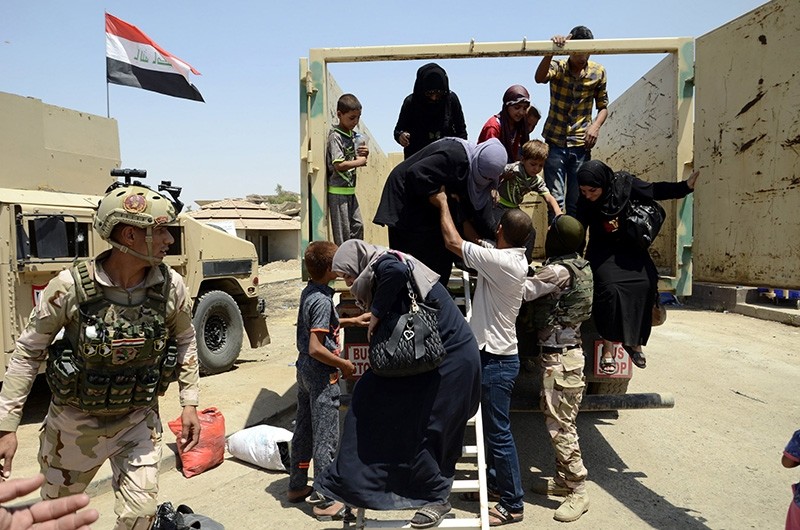 U.S.-backed Iraqi troops pushed into the last Daesh stronghold in the country's second largest city of Mosul on Sunday, an Iraqi commander said, formally launching the final major battle of an eight-month campaign.

The Daesh group captured Mosul when it swept across northern and central Iraq in the summer of 2014. Iraq launched a massive operation to retake the city last October, and has driven the militants from all but a handful of neighborhoods. The terrorists are expected to make their last stand in the Old City, a densely populated quarter with narrow, winding alleys.

"The initial air strikes started at around midnight. The security forces started storming parts of the Old City at dawn," an officer with Nineveh operations command said.

Gen. Abdel Ghani al-Asadi, the head of Iraq's special forces, told state TV he expects the terrorists to put up a "vicious and tough fight."

But across the Tigris River, on Mosul's east bank, life went on almost as usual as shoppers, students and workers pushed through traffic jams.

The Old City is home to the centuries-old al-Nuri mosque, where Daesh leader Abu Bakr al-Baghdadi delivered a Friday sermon in 2014 as his group declared a so-called Islamic caliphate in the areas it controlled in Syria and Iraq. The militants have lost much of that territory over the last three years, and Mosul is their last urban bastion in Iraq.

Up to 150,000 civilians are believed to be trapped in the Old City, where the militants are using them as human shields, U.N. humanitarian coordinator Lise Grande told The Associated Press on Friday. She said conditions are "desperate," with little food and no clean water.

Since the battle to retake Mosul began nine months ago, an estimated 862,000 people have been displaced from the city, although 195,000 have since returned, mainly to the liberated east of the city.

The fall of Mosul was the worst defeat that Iraqi forces suffered in the war with Daesh and regaining it would cap a major turnaround for security forces, who broke and ran despite outnumbering the terrorists who attacked the second city in 2014.

The Iraqi security forces have since recaptured much of the territory seized by Daesh, including three cities, and have retaken most of Mosul, the fourth and largest.

Daesh is also under pressure in its last Syrian stronghold, Raqqa, where U.S.-backed Syrian Democratic Forces (SDF), dominated by PKK terrorist group's Syrian wing People's Protection Units (YPG), have also been advancing in an offensive to retake the city.