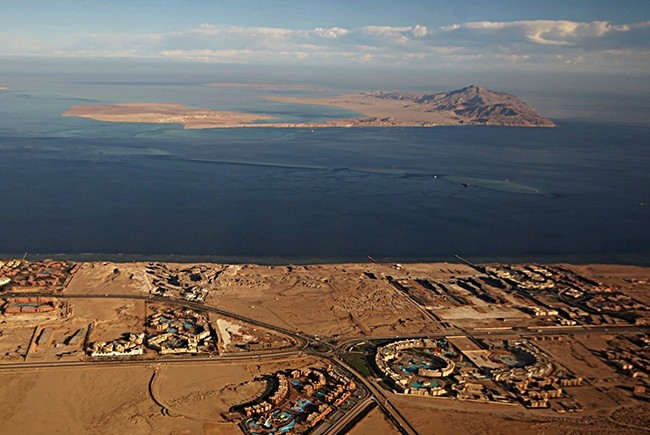 Egypt's Supreme Constitutional Court has ruled to halt all verdicts on an islands transfer deal until it makes a decision on the constitutionality of the agreement, state media said on Wednesday.

The ruling came a week after Egypt's parliament backed plans to hand over two uninhabited Red Sea islands to Saudi Arabia under an accord that has attracted widespread public criticism.

Parliamentary leaders and government lawyers say the House of Representatives is the only entity allowed to rule on matters of sovereignty, but it has been opposed by one court. President Abdel-Fattah el-Sissi must still ratify the agreement.

The government says the islands of Tiran and Sanafir were always Saudi but were placed under Egypt's protection amid Arab-Israeli tensions in the 1950s. Critics have linked the transfer to the billions of dollars in Saudi aid given to el-Sissi's government, saying it amounts to a sell-off of sovereign territory.

The announcement of the agreement, during a visit to Cairo by the Saudi king in April 2016, was followed by the largest anti-government protests since el-Sissi took office in 2014, deposing Egypt's first democratically elected president Muhammad Morsi. Hundreds of demonstrators and activists were arrested, with most later released.