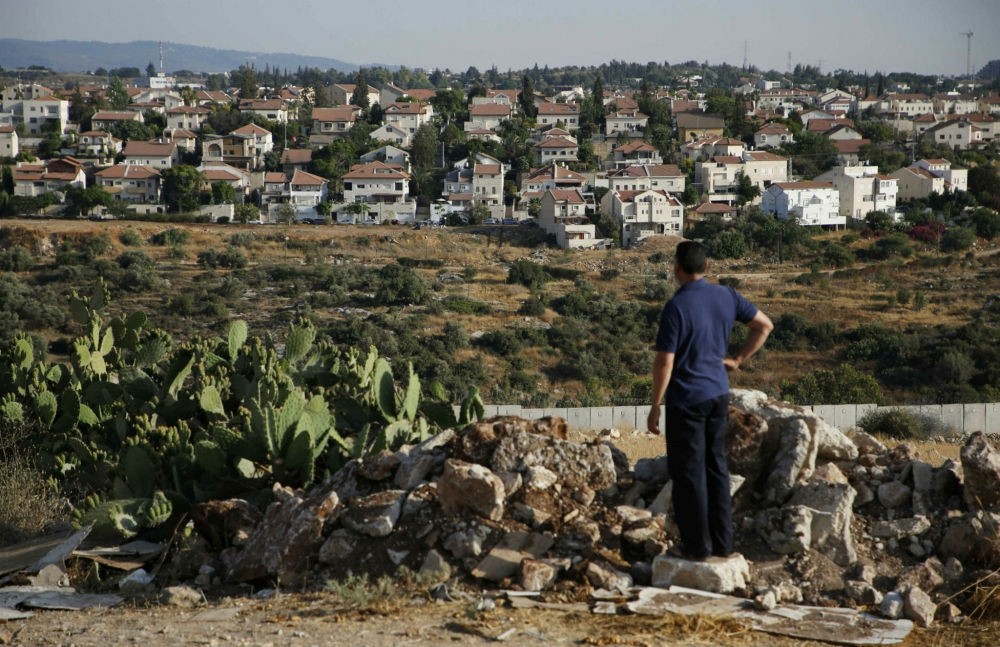 The Israeli settlement of Hashmonaim, west of Ramallah, in the Israeli-occupied West Bank.
by Compiled from Wire Services Jun 21, 2017 12:00 am

Israel announced the beginning of construction of a new settlement in the occupied West Bank, which is the first such official settlement in 25 years

Building settler homes in the Israeli-occupied West Bank soared 70 percent in 2017 to March, data released by the Central Bureau of Statistics showed today. Since April 2016, work began on 2,758 dwellings, compared to 1,619 during the previous 12 months.

"Today, the work on the ground has begun, as I promised, to establish a new settlement for the Amona settlers," Netanyahu tweeted over a picture of a small bulldozer and a digger working on a rocky hill overlooking a vineyard.

The Amichai settlement in the northern West Bank is earmarked for some 40 families evicted from the wildcat outpost of Amona in February under a high court order that ruled their homes had been built illegally on private Palestinian land.

During a meeting at the White House in February, U.S. President Donald Trump asked Netanyahu to "hold back on settlements for a little bit", a request seen as part of an effort to build trust with Palestinians ahead of a renewed push for peace.

The White House said on Sunday that Jared Kushner, Trump's son-in-law and advisor, would arrive in Israel on Wednesday and that he and Jason Greenblatt, a top U.S. national security aide who preceded him on Monday, would meet Israeli and Palestinian leaders. Ahead of their arrival, the White House urged both Israel and Palestinian leaders to "create an environment conducive to peacemaking".

"Those who want to make it harder rather than easier to make peace, whether by their statements or their actions, must be prevented from subverting the chances for peace," the official said.

Nabil Abu Rdainah, a spokesman for Palestinian President Mahmoud Abbas, called the ground-breaking "a grave escalation and an attempt to foil efforts by the American administration to revive negotiations, especially [before] the arrival of the U.S. envoys."

Israel recently advanced plans for a further 1,500 settler homes in the occupied West Bank, the second such announcement in a week. The announcement came after the United Nations' latest call on Israel to pull out of territories captured in the 1967 war.

After the 1967 war, Israel annexed East Jerusalem and deems the entire city its "indivisible and eternal capital", a status not recognized internationally. Israel pulled out of Gaza in 2005 and it is now ruled by Hamas.