Saudi Arabia and allies have prepared list of demands for Qatar, US says 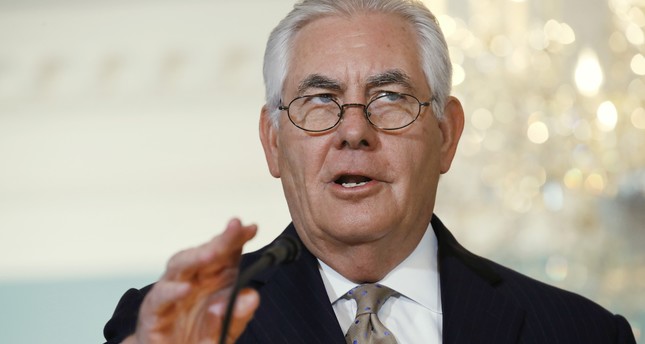 Saudi Arabia and its Gulf allies have drawn up a list of demands to be presented to Qatar to resolve a diplomatic crisis between them, U.S. Secretary of State Rex Tillerson said Wednesday.

"We hope the list of demands will soon be presented to Qatar and will be reasonable and actionable," Tillerson said, just over two weeks after Riyadh imposed an embargo on its neighbor.

On Tuesday, Tillerson's spokeswoman had declared Washington "mystified" that Saudi Arabia had yet to produce a clear list of demands after accusing Qatar of sponsoring terrorism.

Washington's top diplomat has been working his telephone in recent days trying to defuse a stand-off that has put key U.S. allies at loggerheads with one another.

President Donald Trump has signaled sympathy for Riyadh's position, alleging that gas-rich Qatar has in the past provided "high level" support for extremists.

But the biggest U.S. air base in the Middle East is in Qatar, and U.S. diplomats are keen to de-escalate the crisis and unite the region in the battle against Daesh.

"We understand a list of demands has been prepared and coordinated by the Saudis, Emiratis, Egyptians, and Bahrainis," Tillerson said in a statement.

The U.S. secretary has said he is ready to assume a mediation role if regional contacts fail. Turkey sent its foreign minister to Qatar as part of a drive to resolve the crisis. Kuwait, a neighbor and a member of the Gulf Cooperation Council (GCC), also has been mediating.