Israel vows to respond to Iranian presence in Syria 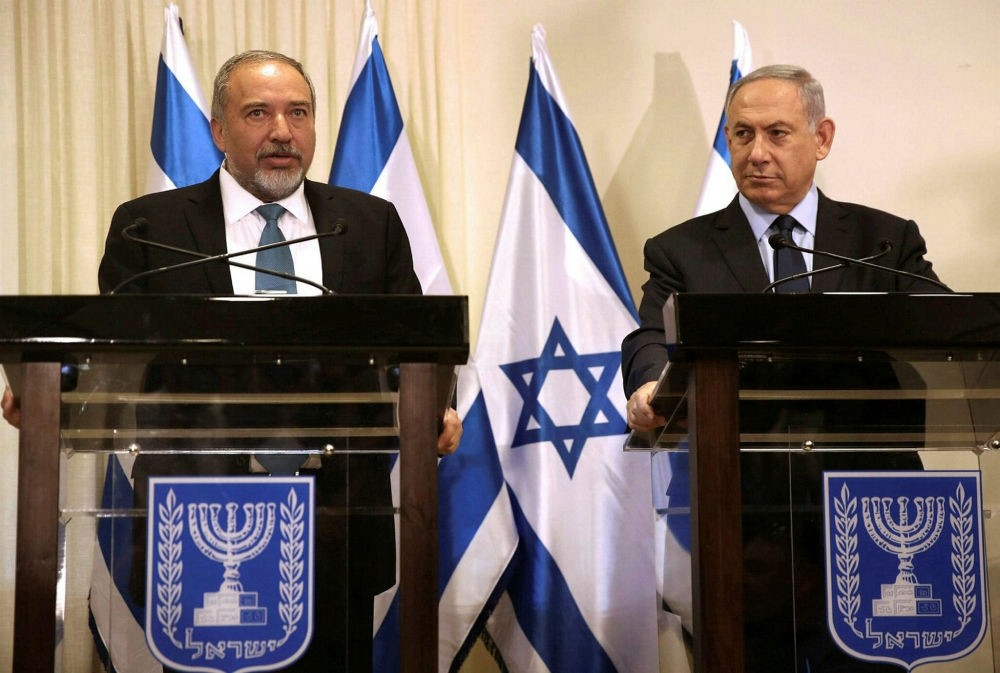 With Iranian missiles targeting Daesh in Syria worrying Israel, Tel Aviv says it will act to stop any threat coming from Syria despite possible safe zones in the country's south, the Israeli defense minister warned

After Iran fired missiles at Daesh in Syria, Israel will continue to act against any threat coming from Syria, despite possible safe zones in southern Syria, the Israeli defense minister, Avigdor Lieberman said yesterday.

According to the Israeli newspaper Hareetz, Lieberman stated that Israel will blame the Bashar Assad regime if Iran establishes a presence on the Syrian-Israeli border. "When there's a need to act, we will certainly act," he said.

Over the last months, tensions between Lebanon and Israel have increased since the latter reckons that the Tehran-based Shiite militant group Hezbollah was gaining strength as Iran increased its influence in Syria and Lebanon. Israel unveiled the latest missile defense system called "David's Sling," designed to shoot down medium-range missiles possessed by Iranian-backed Hezbollah militants in Lebanon.

Israel has been targeting Iran-backed Shiite militia group Hezbollah and regime forces in Syria with concerns that Hezbollah might target Israel at any given moment with new weapons supplied by Iran and Russia. The country has mounted dozens of air raids to prevent weapons smuggling to Hezbollah, which is fighting rebels alongside the Syrian army. However, the interception of a missile making its way over the Syrian border was an uncommon incident.

Likewise, Hezbollah leader Hassan Nasrallah earlier said that his fighters were sufficiently equipped to hit the Israeli nuclear reactor in Dimona. On the other hand, Israeli Brig. Gen. and former Counter-Terrorism Bureau Director Nitzan Nuriel last week said that war with Hezbollah was only a question of time. Israel seems determined to take action against Hezbollah since Iran, allegedly, intends to build a military base near the disputed Golan Heights and has been building facilities to manufacture weapons inside Lebanon.

As long as Iran has the power to dominate Damascus and mobilize Shiite groups, there will eventually be conflict with Israel. During the 2006 war with Israel, Hezbollah fired more than 4,000 rockets on Israeli communities, while Israel bombarded militant targets in southern Lebanon. The month of fighting killed an estimated 1,300 Lebanese, 44 Israeli civilians and 121 Israeli soldiers.