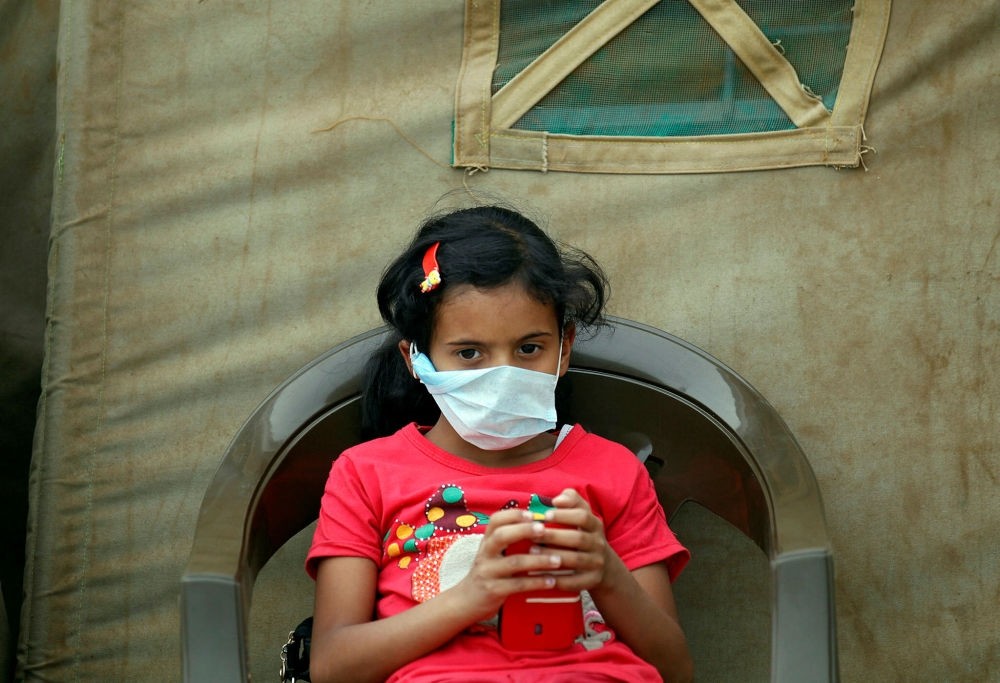 A Yemeni child suspected of being infected with cholera sits outside a makeshift hospital in Sanaa on June 5.
by Compiled from Wire Services Jun 24, 2017 12:00 am

A cholera outbreak in war-ravaged Yemen could infect more than 300,000 people by the end of August, up from nearly 193,000 cases today, the United Nations reported

The cholera outbreak in Yemen will likely grow to more than 300,000 cases by September, a U.N. official said Friday. "Probably at the end of August we will reach 300,000" cases, UN children's agency spokeswoman Meritxell Relano told reporters in Geneva during a conference call.

Since the outbreak was declared in April, an estimated 1,265 people have died, she said. "The number of cases continue to increase," Relano said, adding that all of Yemen's 21 governorates have been affected. She said that children had been hit hard by the outbreak, accounting for half of the registered cases to date. But only a quarter of the people who have died so far were children, she said.

An acute diarrhoeal infection, cholera is caused by the ingestion of food or water contaminated with the bacterium Vibrio cholera. Most of those infected show no or only mild symptoms, but in severe cases the disease can kill within hours if left untreated.

Years of conflict have left Yemen with a collapsing sanitation infrastructure that has contributed to the spread of the infection. Pathogens can get into water sources more easily and spread in hot weather and heavy rain.

The conflict has intensified in the past two years, and the latest outbreak of the cholera at the end of April led to the declaration of a state of emergency in Sana'a, which is held by anti-government rebels. So far, 20 out of Yemen's 22 provinces have been hit by the outbreak.

With a shattered healthcare system, Yemen is not able to cope with a major cholera outbreak that is now killing more people than the country's ongoing war. The cholera outbreak has wiped out the wreckage of what once was the Yemeni healthcare system. With the rainy season approaching, there is a risk that cholera - which already kills more people every month than the violence itself - will multiply even faster, the United Nations has warned. "Medical facilities are straining under the growing number of infections," the U.N. children agency UNICEF said last week. Hospitals are running out of medicine, and children are most at risk.

Two years of war between the Houthi rebels and government forces backed by a Saudi-led military coalition have killed more than 8,000 people and wounded 45,000 others. According to the U.N. human rights agency, civilians account for nearly 5,000 of the recorded deaths and more than 8,500 of the injuries.

Yemen is also on the brink of famine, with about 17 million people -- two-thirds of the population -- uncertain of where their next meal will come from, according to the UN's World Food Program. "This is the largest humanitarian crisis happening in the world at the moment," WFP spokeswoman Bettina Luescher told reporters.

She said the agency was scaling up its response and aimed to provide food aid to 6.8 million people across the country this month alone. But more than half of those people will receive reduced rations because of a dire funding shortage, she warned.