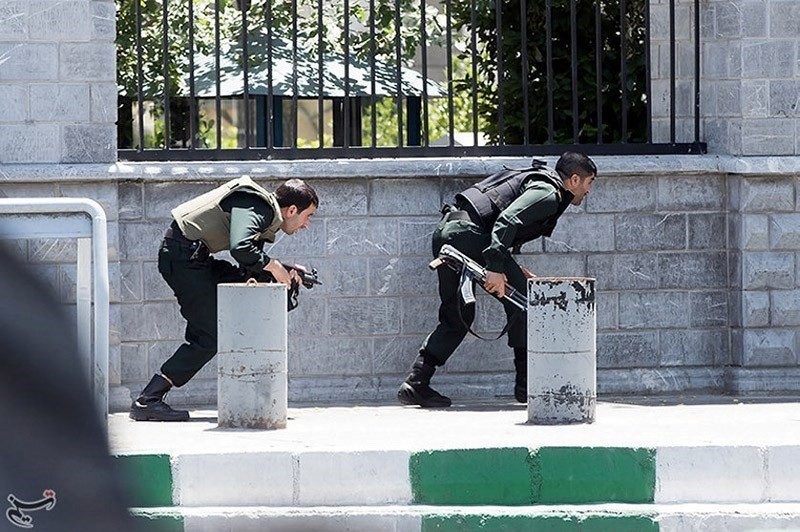 Iranian security forces have arrested members of a group linked to Daesh which had planned bombings and suicide attacks in religious centers, state television reported on Saturday.

Intelligence Ministry agents "were able to arrest a group linked to Daesh that intended to carry out terror operations in religious cities ..., and (seized) explosive and suicide attack equipment," the television said. It did not say how many militants were held.

The arrests came days after Iranian Revolutionary Guards fired missiles from western Iran into eastern Syria, aiming at bases of the Daesh terror group which had claimed responsibility for twin attacks that killed 18 people in Tehran on June 7.

The attacks by the terrorists at Iran's parliament and near the mausoleum of the Islamic Republic's founder exacerbated regional tensions.

Authorities seized three assault rifles, a machine-gun equipped with a silencer, three suicide belts, as well as explosives and bomb-making equipment, the state broadcaster IRIB said on its website on Saturday.