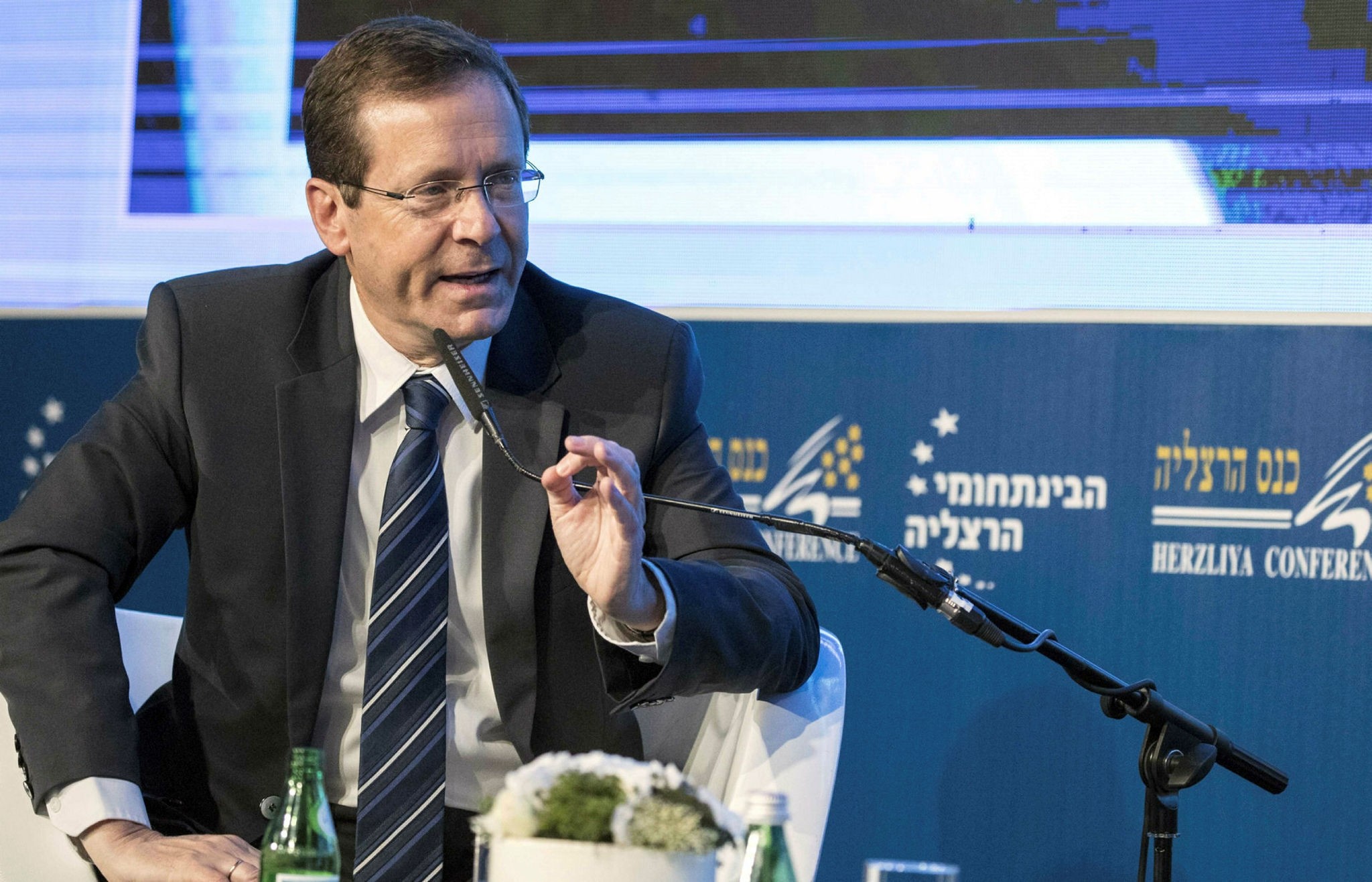 Israel's opposition party leader on Saturday accused the government of shifting towards a "fascist" trend.

According to The Jerusalem Post, speaking at a cultural event, Zionist Union Party Chairman Issac Herzog said the future of Israel's democracy was at stake.

"We are going through a process of fascistization of the Israeli politics," The Jerusalem Post quoted Herzog as saying.

He said those who were worried about Israel's future and wanted to prevent fascistization "should support the transition to a moderate bloc."

"We have to change the regime in order to save the Israeli democracy from the fascistization that is threatening it," Herzog said.

In his remarks, Herzog said the government threatened artists, academics and judges and fired journalists.

On the U.S. efforts to revive the stalled Israeli-Palestinian peace process, the opposition leader said these attempts would collapse.

"There is a true concern that the American effort will fail. This means that we could be dragged into a regional conflict," he said.

Peace talks between the two sides broke down in 2014 over Israel's refusal to release a number of Palestinian prisoners despite earlier pledges to do so.

Since then, all attempts to revive talks have failed, due mainly to Israel's insistence on continuing to build Jewish settlements on occupied Palestinian land.

International law views the West Bank and East Jerusalem as occupied territories and considers all Jewish settlement-building activity on the land illegal.

The Palestinians want these areas -- along with the Gaza Strip -- for the establishment of a future Palestinian state.