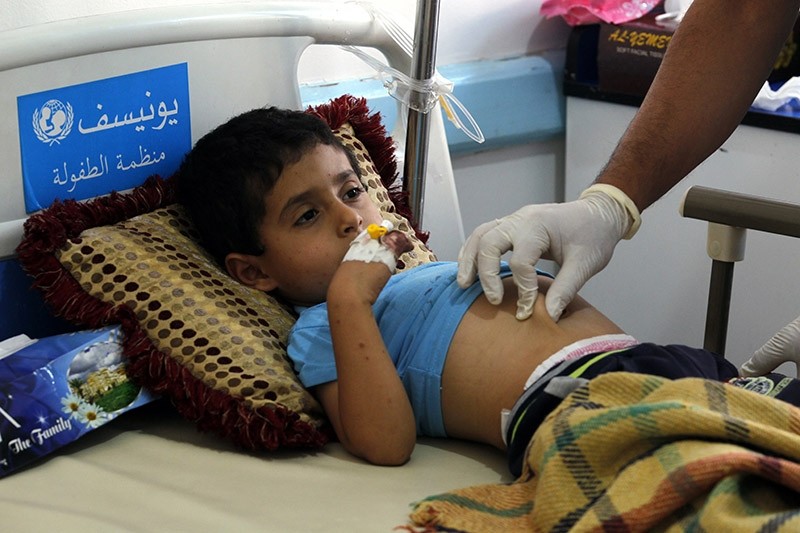 The cholera outbreak in war-torn Yemen is spreading rapidly, UN agencies reported on Saturday as the number of suspected cases climbed above 200,000.

UNICEF director Anthony Lake and World Health Organization chief Margaret Chan said in a statement Saturday, "we are now facing the worst cholera outbreak in the world," with an average of 5,000 new cases every day.

More than 1,300 people have already died from cholera, a quarter of them children.

In addition, malnutrition has made children vulnerable to infections.

In addition, an estimated 30,000 local health workers have not been paid for nearly 10 months.