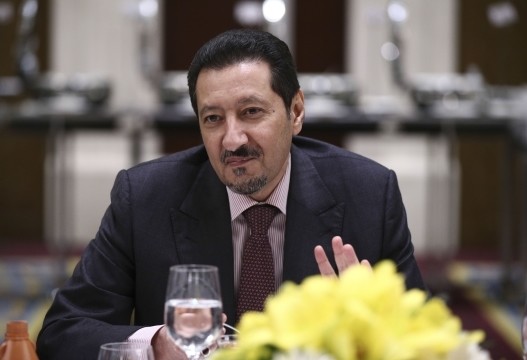 Saudi Arabian ambassador to Turkey has told Daily Sabah Arabic that the Kingdom and other Gulf countries have decided to cut off ties with Qatar after years of requests to stop violating bilateral and multilateral agreements signed between the Gulf nations.

In an exclusive interview, Mr. Waleed Abdulkarim Al-Hurayji, Ambassador of the Custodian of the Two Holy Mosques to Turkey told Daily Sabah Arabic that Saudi Arabia has presented a list of suspects posing threat to the Kingdom of Saudi Arabia and other Gulf nations, including the United Arab Emirates (UAE), Bahrain and Egypt, but the latter failed to take action against them and offered shelter.

When asked why Saudi Arabia decided to cut off ties with Qatar, Hurayji said that Qatar has failed to fulfill pledges made over the years.

"For the past 20 years, we have established dialogue with Qatar, and Qatar made various pledges, with the most important one being the 2013 Riyadh Agreement and the commitments pledged in the 2014 agreement," the ambassador said, adding that Doha failed to fulfill the promises it made and respect the agreements.

"However, we affirm that we do not reject dialogue as long as it is constructive and productive" Al-Hurayji added.

He continued by saying that Qatar is obliged to stop supporting terrorism and that the fight against terror cannot be a matter of discussion or negotiations, adding that the Kingdom hopes Qatar will offer the right response and warranties to assure everyone that it is on the right path.

Daily Sabah Arabic also asked the ambassador if the requests by the Gulf countries are a violation of Qatar's sovereignty and an imposition of tutelage.

In response, the ambassador said asking Doha to stop terrorism and 'hostile media' is not an imposition of tutelage, but rather aims to protect the security of boycotting countries.

He also highlighted that the ongoing crisis with Qatar is only a political one and does not involve any military action because it involves political and security issues. In this regard, the demands on Qatar are legitimate, the ambassador said.