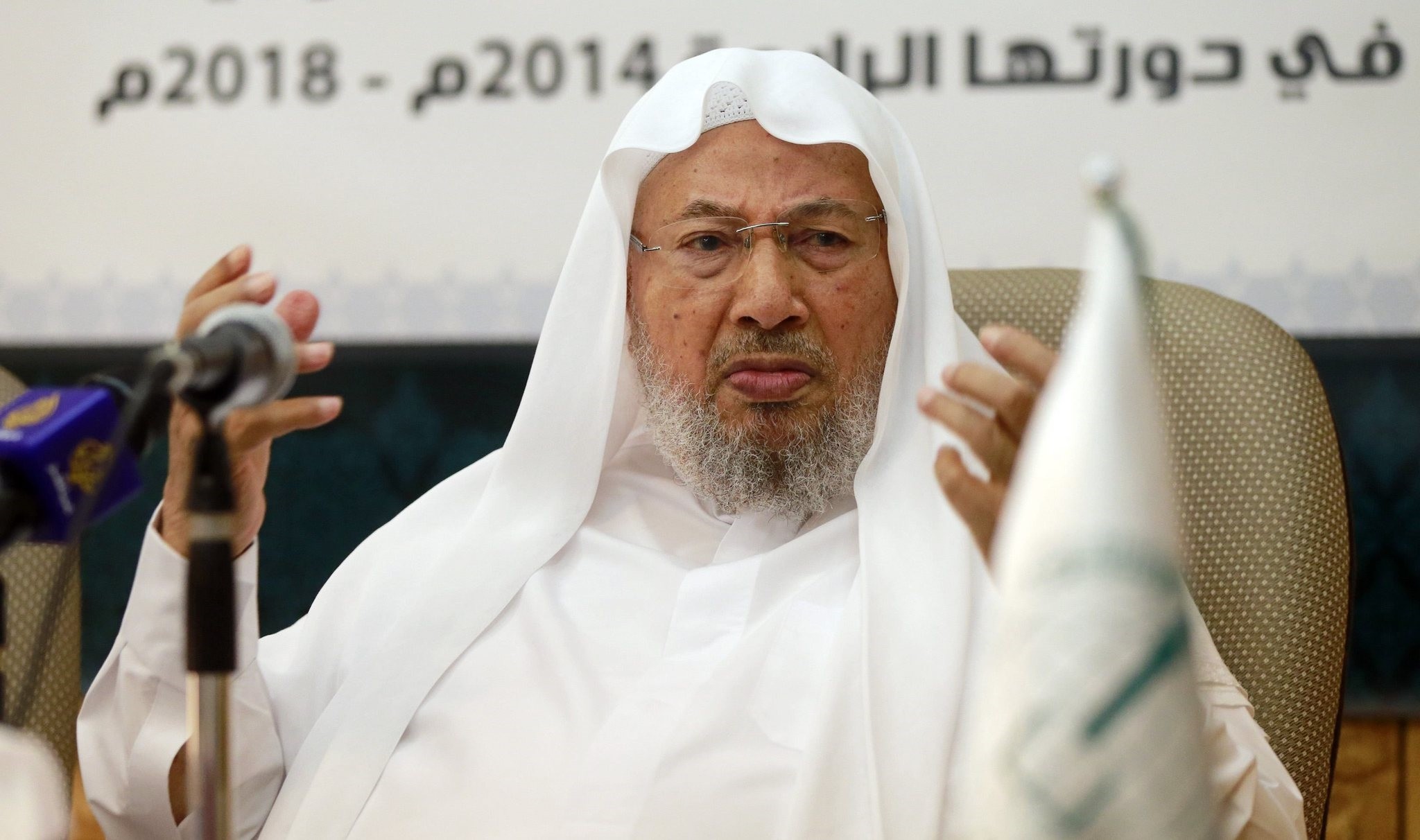 Chairman of the International Union of Muslim Scholars Youssef al-Qaradawi (R) speaks during a news conference in Doha June 23, 2014. (REUTERS Photo)
by Daily Sabah Jul 03, 2017 12:00 am

Prominent Muslim scholar and the International Union of Muslim Scholars' Egyptian Chairman Yousef el-Qaradawi's daughter and son-in-law were arrested by Egyptian security forces in the Mediterranean coastal city of Alexandria.

A statement from the prosecutor's office said el-Qaradawi's daughter Ola and her husband, Hossam Khalaf, were arrested over allegations of being members of the Muslim Brotherhood, an organization Egyptian government deemed as a "terrorist" group.

Family lawyer Ahmad Ebu Ala Madi said the couple was arrested on June 23 near Sahel Al Shamali while on holiday for Eid-al-Fitr which marks the end of Ramadan.

The statement said they were set to be released after being detained for 15 days.

The charges include "not obliging to the constitution and the rule of law", "harming national unity and peace" and "threatening the society's security."

The statement also added that Ola has dual citizenship of both Egypt and Qatar, and works for the Qatari embassy in Cairo.

Saudi Arabia, Bahrain, Egypt and the United Arab Emirates in a joint statement last month accused 59 individuals and 12 charities in Qatar of being "linked to terror", local media reported.

The list included the elder al-Qaradawi and Abdullah bin Khalid, a former interior minister of Qatar.

Qatar hit back Friday in a statement that described the accusations as "baseless" and "slanderous".