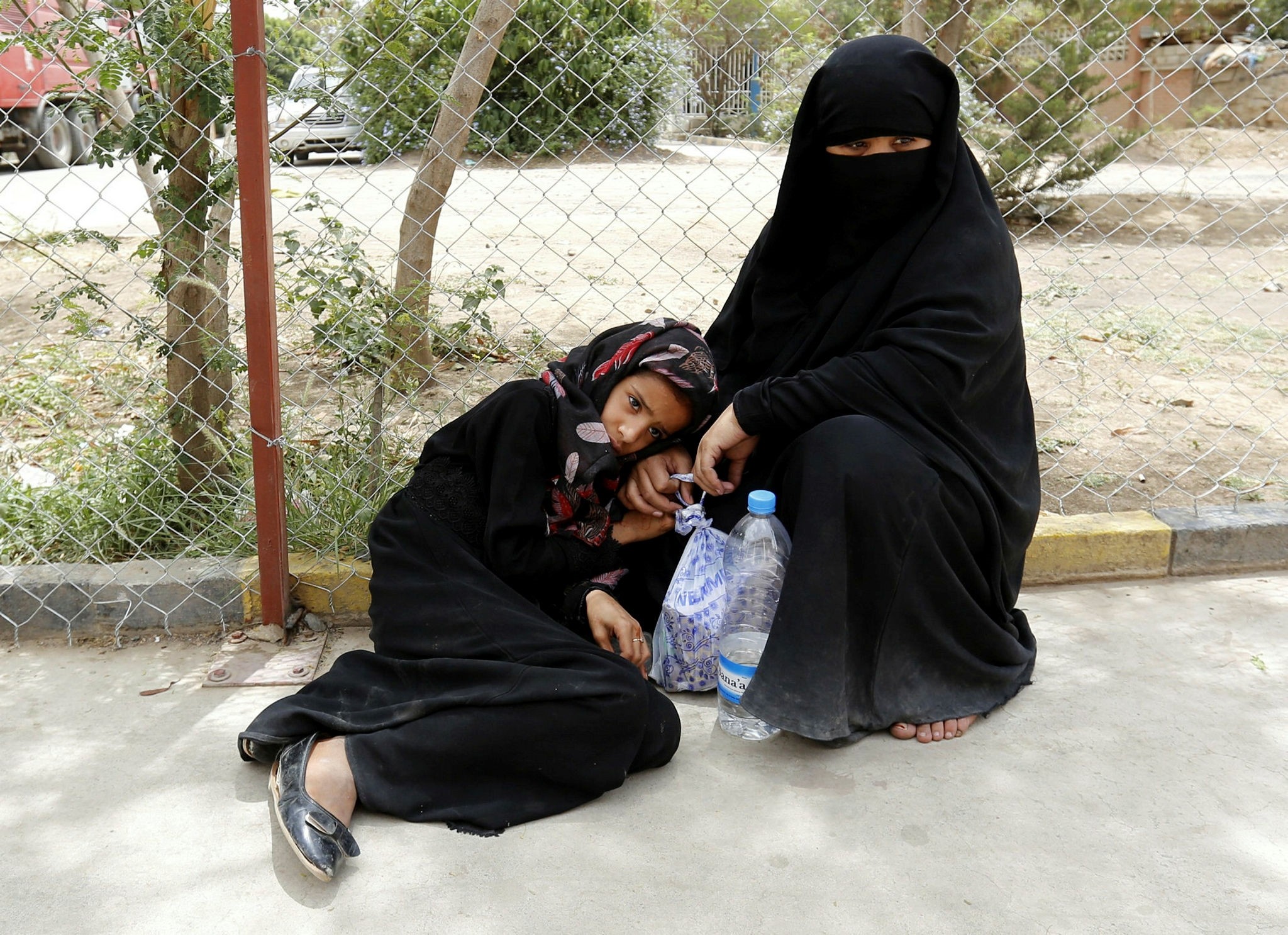 A cholera-infected Yemeni girl waits to receive treatment next to her mother at a hospital amid a serious cholera outbreak in Sanau2019a, Yemen, July 1.
by Compiled from Wire Services Jul 03, 2017 12:00 am

A rapidly spreading cholera outbreak in Yemen has claimed 1,500 lives since April and it is suspected to have affected 46,000 people, stressing a growing humanitarian concern for the war-torn country

The death toll in Yemen has risen to 1,500 from a major cholera outbreak, the World Health Organization's (WHO) representative in Yemen, Nevio Zagaria, said, appealing for more help to put an end to the epidemic.

Speaking at a joint news conference with representatives of the United Nations Children Fund (UNICEF) and the World Bank, Zagaria said that had been some 246,000 suspected cases.

The death toll rose from 1,300 as announced two weeks ago by WHO, which had put the number of suspected cases at 200,000 at the time. The organization said that a quarter of those killed by the disease in the war-torn country are children.

The WHO said this week that the outbreak had reached the halfway mark at 218,798 cases as a massive emergency response has begun to curb its spread two months into the epidemic.

Although most of Yemen's health infrastructure has broken down and health workers have not been paid for more than six months, the WHO is paying "incentives" to doctors, nurses, cleaners and paramedics to staff an emergency cholera network.

With funding help from the World Bank, the WHO is setting up treatment centers with 50-60 beds each, overseen by shifts of about 14 staff working around the clock. The aim is to reach 5,000 beds in total.

The foreign ministers of Sweden and the Netherlands have expressed their "shock" at the latest reports of suspected cholera cases in Yemen that has exceeded 200,000 people with an estimated 5,000 new cases daily. Sweden's Margot Wallstrom and her Dutch counterpart Bert Koenders say "the speed with which the epidemic is spreading is particularly worrisome."

Wallstrom and Koenders said Friday in a joint statement that especially children are at risk and "accounting for half of the registered cases to date, and about a quarter of the recorded fatalities."

They urged that commercial flights to the Middle Eastern country should resume, airports and ports across the country to function, salaries of civil servants including medical personnel need to be paid and "unlock the economic potential of the country and its people."

Years of conflict have left Yemen with a collapsing sanitation infrastructure that has contributed to the spread of the infection. Pathogens can get into water sources more easily and spread in hot weather and heavy rain.

The conflict has intensified in the past two years, and the latest outbreak of the cholera at the end of April led to the declaration of a state of emergency in Sana'a, which is held by anti-government fighters. So far, 20 out of Yemen's 22 provinces have been hit by the outbreak.

With a shattered healthcare system, Yemen is not able to cope with a major cholera outbreak that is now killing more people than the country's ongoing war. The cholera outbreak has wiped out the wreckage of what once was the Yemeni healthcare system. With the rainy season approaching, there is a risk that cholera - which already kills more people every month than the violence itself - will multiply even faster, the United Nations warned earlier.

Two years of war between the Houthi opposition and government forces backed by a Saudi-led military coalition have killed more than 8,000 people and wounded 45,000 others.

According to the U.N. human rights agency, civilians account for nearly 5,000 of the recorded deaths and more than 8,500 of the injuries.