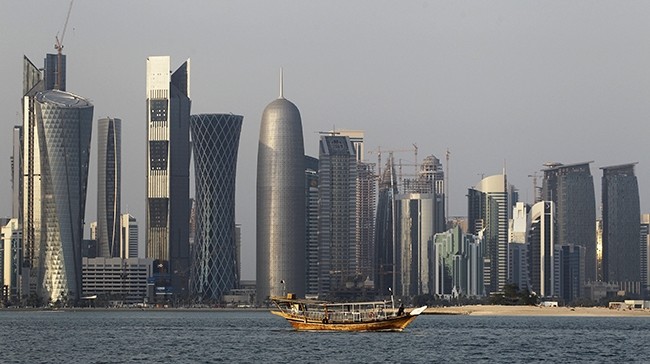 A quartet of Gulf nations said early Wednesday they had received Qatar's response to their demands for ending a diplomatic crisis gripping the region, just ahead of a planned meeting in Cairo.

Bahrain, Egypt, Saudi Arabia and the United Arab Emirates said in a joint statement they would respond "in a timely manner." The countries did not elaborate on what steps they could take, though a major credit rating agency warned it had changed Qatar's economic outlook to negative over the turmoil.

The countries cut ties to the FIFA 2022 World Cup host early last month over its alleged support for "terrorist" groups and ties with Iran. Qatar denies supporting "terrorists" and has defended its warm relations with Iran; the two countries share a massive undersea natural gas field.

The nations issued a 13-point list of demands on June 22, giving Qatar 10 days to comply. They later extended the deadline by another 48 hours at the request of Kuwait, which has acted as a mediator to resolve the crisis. That deadline expired early Wednesday morning.

Later Wednesday, foreign ministers from the anti-Qatar axis will meet in Cairo to discuss their next move. Late Tuesday, Egypt's state-run MENA news agency reported intelligence agency chiefs from those countries had met in Cairo, likely discussing the crisis.

What Qatar said in response to the demands remains unclear. It already had called the demands, which include nding support for the Muslim Brotherhood, closing broadcaster Al-Jazeera, downgrading diplomatic ties with Iran and shutting down a Turkish military base in the emirate.

Qatari Foreign Minister Sheikh Mohammed bin Abdulrahman Al-Thani told a press conference in Doha on Tuesday that the list of conditions for restoring relations "is unrealistic and is not actionable".

"It's not about terrorism, it's talking about shutting down the freedom of speech," he said at a joint press conference after talks with his German counterpart Sigmar Gabriel.

The crisis has become a global concern as neither side appears to be backing down. Qatar, the world's biggest exporter of liquefied natural gas, hosts some 10,000 American troops at its sprawling al-Udeid Air Base.

Al-Thani criticized the four Arab nations for trying to isolate Qatar "under the banner of fighting terrorism."

"When measures clothed in this context, it is because they think they will be met with international sympathy because they are 'anti-terrorism' measures," Qatari foreign minister said.

Though Qatar Airways' routes over its neighbors have been cut, along with the country's sole land border with Saudi Arabia, the country has been able to source food from other countries, including Turkey and Iran. Its economy, fueled by its natural gas exports, continues to hum along though there has been pressure on its stock market and currency.