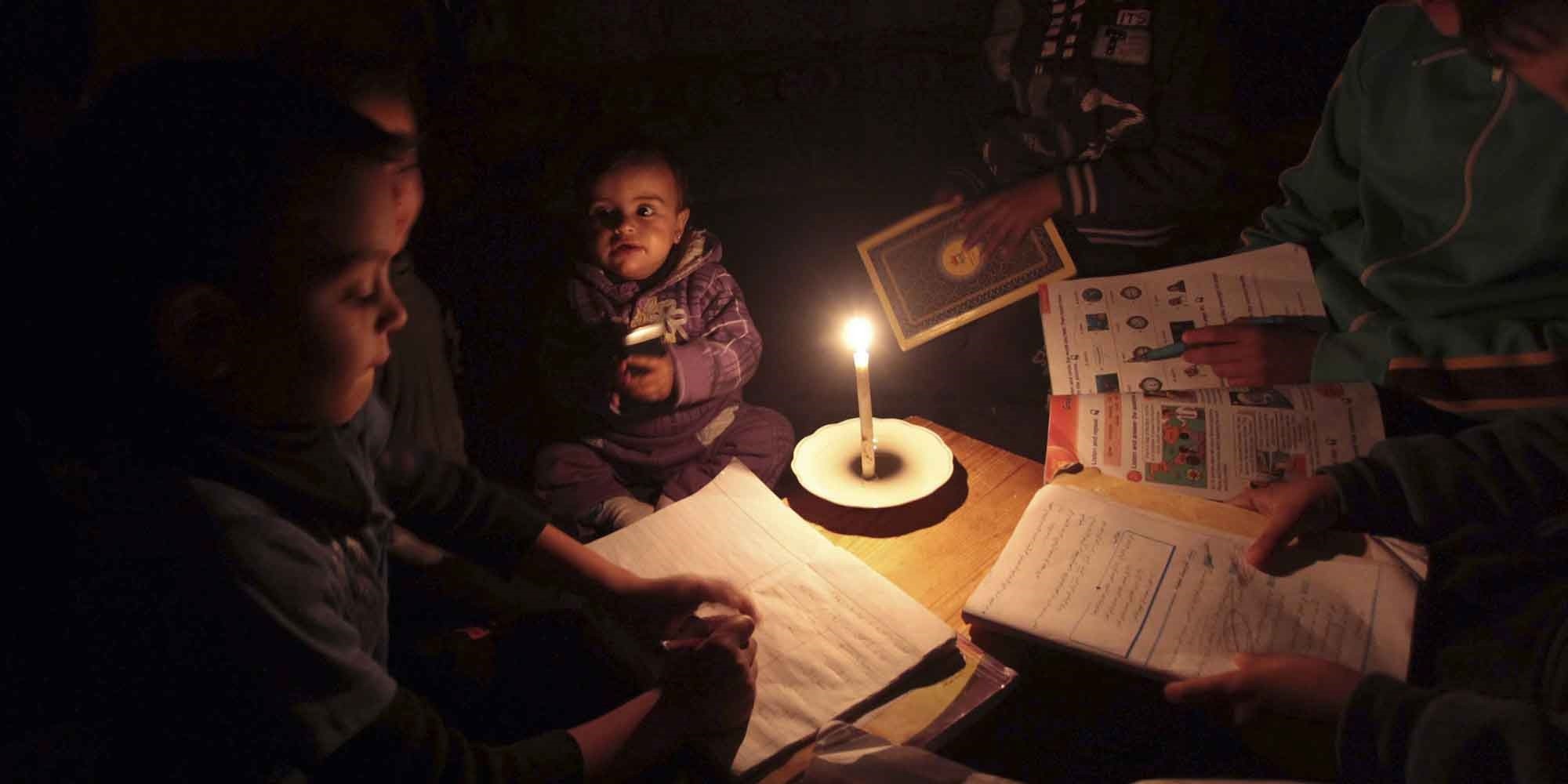 Power supplies have taken a fresh hit in the Gaza Strip after the Palestinian Authority blocked fuel payments to Egypt from going through banks, leaving the impoverished territory of more than two million people with as little as two hours of mains electricity a day.

The electricity authority said two of the three generators at Gaza's only power plant were offline because "the Palestinian Authority in Ramallah stopped all the financial transactions through Palestinian banks to Egypt to buy fuel."

"This led to the stopping of fuel (deliveries) two days ago from Egypt."

A spokesman for the Palestinian Authority government in Ramallah, Tarek Rishmawi, told AFP that "the main reason for the worsening situation in Gaza is Hamas as they rejected the initiative of (Palestinian president) Mahmud Abbas to end the split" between Palestinian factions.

The electricity distribution company confirmed only one generator was operating, producing 23 megawatts of power -- which added to other sources means Gaza currently has a total of 93 megawatts a day.

More than 500 megawatts are required to serve the Palestinian enclave's population.

Abbas, who runs the West Bank-based Palestinian Authority, has recently sought to squeeze his longtime rivals Hamas, who control Gaza.

His government recently stopped paying for energy to Gaza, leading Israel to start reducing it.

As an interim measure Egypt stepped in to deliver fuel to Gaza's sole power plant, but that has now been threatened.

The Egyptian deliveries came as part of improving relations between Cairo and Hamas.

The Energy Authority in Gaza is paying Egypt for the fuel but must make transfers through Palestinian banks, which are based in the West Bank and under Palestinian Authority laws.