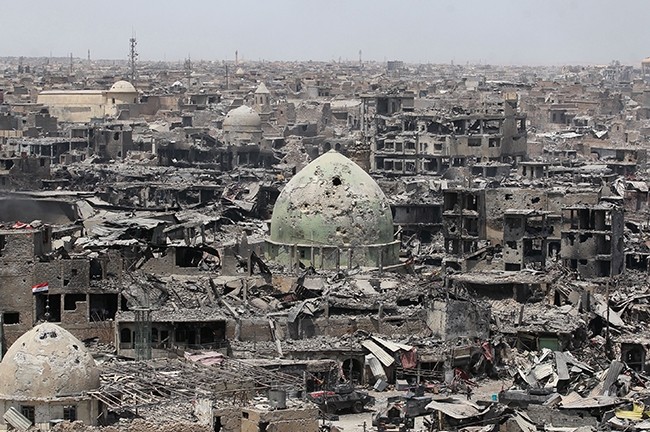 "The commander in chief of the armed forces (Prime Minister) Haider al-Abadi arrived in the liberated city of Mosul and congratulated the heroic fighters and the Iraqi people for the great victory," said a statement from his office.

U.S. special envoy for Global Coalition to Defeat ISIS (other acronym for Daesh), Brett McGurk, confirmed that al-Abadi arrived in the city "to congratulate security forces and Iraqi people on their victory over ISIS in the city", he said in a tweet.

Security sources said earlier Sunday that Iraqi troops are currently fighting to drive terrorists from the last meters they control in the Old City in Mosul's western part.

Iraqi army and allies launched a full-scale offensive to liberate Iraq's second largest city from Daesh terrorists in Oct. 2016. The city was captured by Daesh in June 2014, during their rapid advance into predominantly Sunni northwestern and central Iraq.