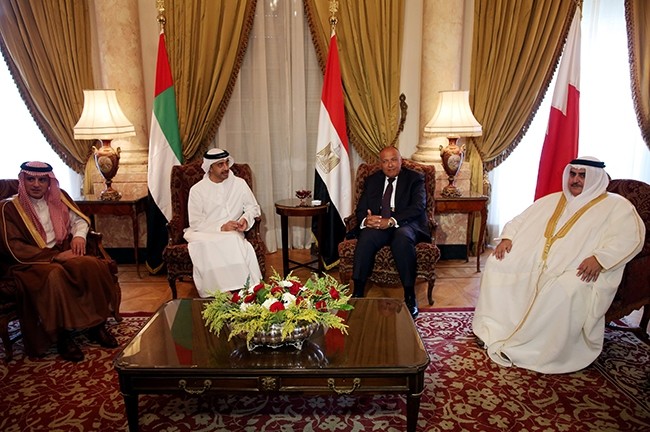 The four Arab states leading the boycott against Qatar accused the emirate of violating a secret deal signed in recent years Tuesday.

The text of the 2013 accord, whose existence was known but whose contents have never before been made public, was first published by CNN on Monday and later released on social media by Saudi officials.

In a joint statement, Bahrain, Egypt, Saudi Arabia and the United Arab Emirates said the publication of the accord, meant to settle a dispute between Qatar and its Gulf neighbours, "confirms beyond any doubt Qatar's failure to meet its commitments and its full violation of its pledges."

In an interview with CNN, Ahmad Al-Thani who heads Qatar's government Liaison Office, said the "embargo on Qatar by Saudi-led Arab bloc is obvious violation of Riyadh Agreements of 2013-2014, the bylaw of Gulf Cooperation Council and the execution mechanism," according to Qatar News Agency.

But the Saudi-led bloc contends the disclosure of the deal was a violation of the agreement.

During the meeting, al-Marri called the U.S. on adopting a "sharp and firm" stance against the violations of the states imposing the embargo on Qatar.

The 2013 agreement, reached at a meeting in Riyadh hosted by the then Saudi King Abdullah bin Abdulaziz, was signed by the Emir of Qatar Sheikh Tamim bin Hamad al-Thani and Kuwaiti Emir Sheikh Sabah al-Ahmad al-Jaber al-Sabah, while an implementation mechanism was signed by the six GCC foreign ministers.