UAE seeks to impose Dahlan on Gaza, according to reports 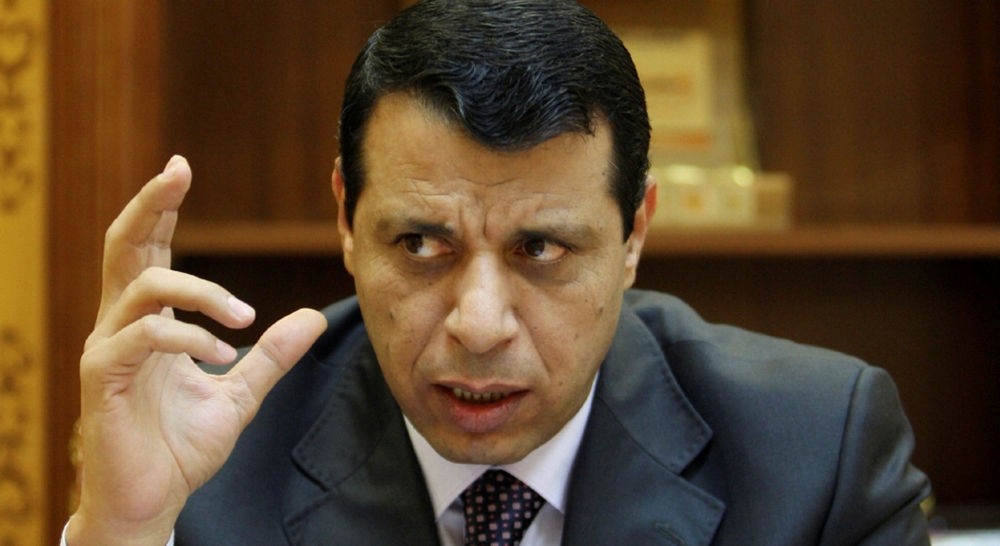 Mohammed Dahlan, president of the Palestinian Authority, Mahmoud Abbas' main rival, speaks at his office in the West Bank city of Ramallah.
by Yusuf Selman İnanç Jul 12, 2017 12:00 am

Last year, the Palestinian Authority's (PA) choice to select Mahmoud Abbas as its new leader saw the emergence of another powerful figure, Mohammad Dahlan. The controversial businessman, who lives in the United Arab Emirates (UAE) and has not stepped foot in Palestine since 2012, is staunchly backed by both the UAE and Egypt.

As Abbas assumed leadership, Dahlan, on the other hand, sought ways for rapprochement with Hamas by initiating humanitarian projects in the Gaza Strip. Namely, the release of Zaki al-Sakani from a Hamas prison on Oct. 19 last year fueled speculation regarding the role Dahlan had played in the decision.

Despite failed attempts to replace Abbas with Dahlan, Egypt and the UAE are now reportedly seeking to impose Dahlan's leadership on the people of Gaza, as the rift between Hamas and the PA deepens. Al-Jazeera's Dylan Collins in a report Monday said, "Amid the escalating conflict between Hamas and PA President Mahmoud Abbas, rumors are flying that the exiled Fatah leader Mohammed Dahlan is set to make a comeback. Once considered by Hamas as 'persona non grata,' the Abu Dhabi-based power broker has, for years, been rumored to be plotting his return. However, analysts say a series of secretive meetings between Hamas officials and Egyptian authorities in Cairo, coupled with the Gaza Strip's growing isolation and Abbas' increasing unpopularity, could now prove the rumors to be true." Late last month, Haaretz also reported on the rumor, saying the UAE and Egypt are holding talks.Furthermore, in an opinion piece published by Haaretz last month, writer Zvi Barel said that these plans also include aims to neutralize Qatar and Turkey regarding Gaza. According to Barel, if the plan is implemented, Egypt will keep the Rafah border open and the UAE will establish a power plant in the densely populated city that has been suffering from fuel shortages ever since Israel reduced the amount of fuel provided, at the request of Abbas.

Dahlan is a popular figure across the region and recently joined peace talks regarding Syria held in Cairo last March. He also participated in a meeting organized by Russian President Vladimir Putin on 2015 and has appeared on several TV channels, presenting himself as a man who can save the region. His animosity against Turkey is clear in his verbal attacks of Turkey and President Recep Tayyip Erdoğan, which he unleashes every chance he gets. It is clear that Dahlan is supported by the UAE and Egypt, two countries that are both disappointed by Turkey's active role in the region. On the other hand, Dahlan received Serbian citizenship in 2013 after promising Belgrade to bring millions of dollars in investments to that country. "In February 2015, then-Serbian Foreign Minister Ivica Dacic confirmed that Serbia had granted Dahlan citizenship in 2013. Dahlan reportedly promised Serbia millions of dollars in investments from the UAE, where he had been living since 2011," Balkan Insight reported last year. Some Turkish media outlets claimed that Dahlan was also involved in the July 15 coup attempt, orchestrated by members of the Fetullah Terror Cult (FETÖ). Egypt's statements immediately after the coup assuring FETÖ members that they could take refuge in Egypt raised the question of whether Dahlan and Egypt's autocratic regime were cooperating against Turkey. Furthermore, his TV channel Gad al-Arabi, which operates in Egypt, has decorated Egyptian billboards with Erdoğan posters, depicting him as a sultan. After the July 15 coup attempt, FETÖ leader Gülen gave an interview with the channel.

Returning to the issue of energy, the lack of supply has forced people on the besieged Gaza strip to rely predominantly on gasoline-fueled generators and solar panels to keep their refrigerators cool and to maintain access to hot water. Considering that oil prices are high due to the blockade, the Gaza people are in a dire situation. As a result, hundreds of people engaged in protests against Israel and the PA as international rights groups warn that there might be a total collapse of basic services. With only three hours of electricity available per day, the U.N. warned that half of Gaza's population is in need of humanitarian aid. Israel said it would reduce electricity supplies after the PA limited its payments for power.

Although Hamas has recently declared a new party manifest in which it distances itself from the Muslim Brotherhood and implies that it recognized the 1967 Palestinian borders, it seems that the group will be placed in the hands of Egypt and the UAE. After the Qatari crisis has dissipated, both the UAE and Egypt — with the support of Israel — are likely to turn Gaza into a zone of influence.