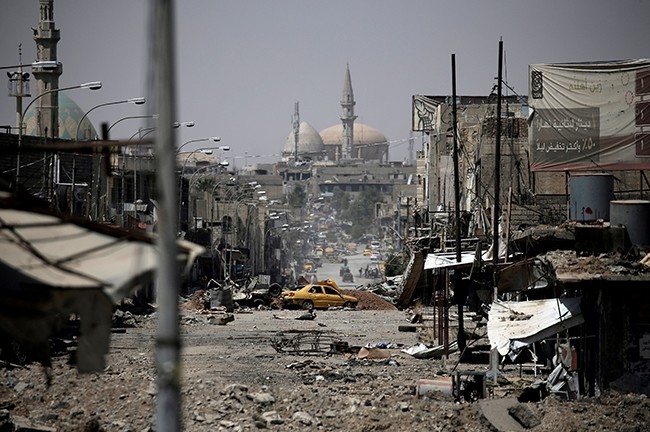 The U.S.-led coalition says an Amnesty International report accusing its forces of violating international law during the fight against Daesh terrorist group in Mosul is "irresponsible."

Col. Joe Scrocca, a coalition spokesman, told The Associated Press on Wednesday that "war is not pleasant, and pretending that it should be is foolish and places the lives of civilians and soldiers alike at risk."

Amnesty International said on Tuesday it had identified a pattern of attacks by Iraqi forces and the U.S.-led military coalition backing them in the battle for Mosul that violated international humanitarian law and may amount to war crimes.

The rights group said in a report that the Daesh terror group had flagrantly violated that same law by deliberately putting civilians in harm's way to shield their fighters and impede the advance of Iraqi and coalition forces.

Iraqi Prime Minister Haider al-Abadi declared victory in Mosul on Monday, three years after Daesh seized the city and made it their stronghold.

But the victory has left thousands dead and wounded, and the city has been devastated by the fighting since Iraqi forces launched their offensive in October to retake Mosul.

Much of Mosul has been destroyed in grinding street-to-street fighting, thousands of civilians have been killed and nearly a million people fled their homes, according to the United Nations.

Amnesty also documented war crimes committed by Daesh, including mass killings, forced displacement and the use of civilians as human shields.